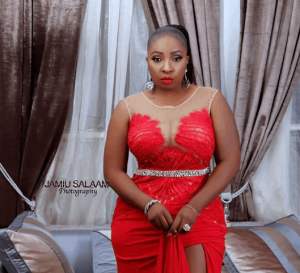 Endowed and curvy Nollywood actress, Anita Joseph surely has a way of making her male fans drool over her with the way she shows off her endowed body.

This time, however, she might just have gotten them jealous after she posted a video of her boyfriend, MC Fish grabbing her boobs and described him as the hubby of the year.

The actress seemed to have enjoyed every bit of the action as she even encouraged him to continue grabbing it.

MC Fish was heard saying in the video “dem say na like this dem dey take identify property, no be me talk am o”.

Anita then replied, “hold am, shebi na you dey run am.” She then threatened to post the video on Instagram which she has now done.

See the video she shared below.

Anita Joseph and ‘hubby of the year’. pic.twitter.com/fqwDxLStzC