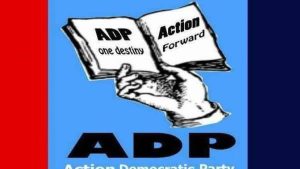 The Action Democratic Party has reacted to the decision of the Independent National Electoral Commission to de-register 74 political parties.

The party in its reaction on Thursday called on members of the de-registered political parties to join them.

The spokesperson of the party, Adelaja Adeoye, made this called in a statement released in Abuja on Thursday while reacting to the decision of the electoral body.

Naija News had earlier reported that the Chairman of INEC, Mahmood Yakubu, announced that the commission deregistered 74 political parties out of 92 registered parties.

The commission noted that the deregistered parties did not satisfy the requirements of the Fourth Alteration to the 1999 Constitution.

Adeoye while speaking on the development said: “At this time, all those in the defunct and delisted parties must not feel like they have no place to go to because ADP is the party they should consider and they will be well treated when they join.”

“ADP has remained the only credible alternative political party to the two existing dominant parties in Nigeria.”

He called on party members to double their efforts in attracting more members and prominent Nigerians to the party’s fold.