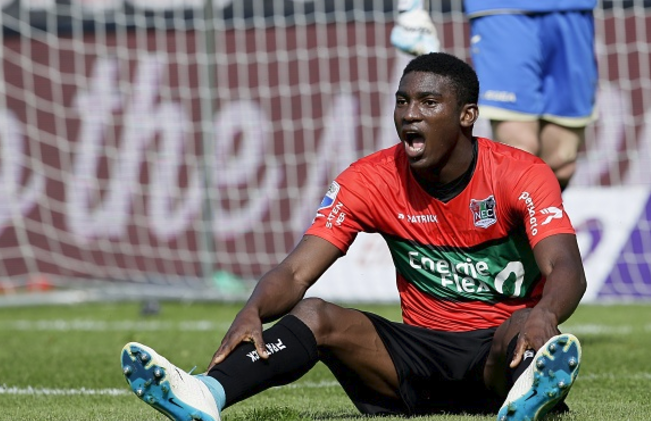 Taiwo Awoniyi’s days are numbered at Liverpool after reports revealed that he be loaned out again to another club in Europe.

The 22-year-old is currently on loan at Bundesliga side, Mainz 05, but  has only featured just six times this season.

With him struggling for minutes in Germany, Liverpool are considering recalling him and could send him on loan to another club in Europe.

According to Mainz sporting director, Rouven Schroder, Awoniyi is free to move to another club, but the final decision rest in the hands of his parent owners,
Liverpool.

“There were, and there are opportunities, but ultimately Liverpool FC and their management have the final decision,” he told Kicker.

He also revealed Awoniyi has struggled at the club because he hasn’t taken the opportunity offered to him effectively.

“Unfortunately, he did not use his chances effectively. Now he is, of course, giving everything, given the competition he has ahead of him at the moment.”

Since he signed for Jurgen Klopp’s side, the 22-year-old has had loan stints with clubs like KAA Gent, FSV Frankfurt, NEC Nijmegen and Royal Excel Mouscron.

Should he leave Mainz, a move to Russia, Switzerland or Ukraine looks like his likely destination as the transfer window has closed in most European Leagues.