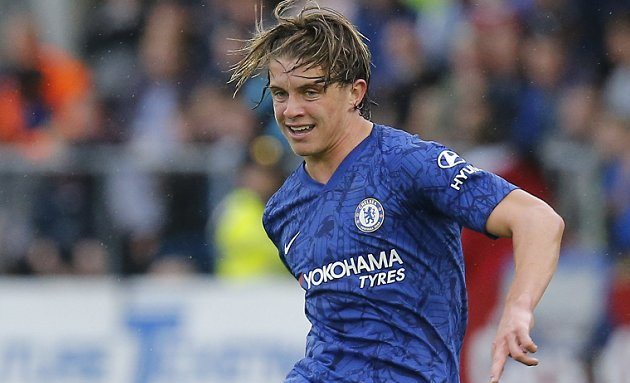 Burnley are leading the race for Chelsea midfielder Conor Gallagher.

Gallagher has been impressing on loan at Charlton Athletic.

The Daily Mail says Gallagher’s performances have been enough to interest Burnley manager Sean Dyche, who is also keen on Josh Brownhill of Bristol City.

Chelsea reportedly have an option to recall Gallagher, who joined Chelsea as an eight-year-old, if they wish to cash in on the star.

However, Frank Lampard would be reluctant to sell a youngster with huge potential – especially given his policy to field youth players this season.