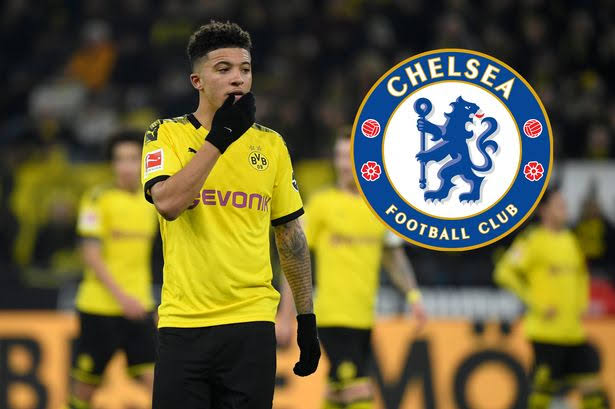 The Blues are working on a deal that could see them splash out a club-record fee on one of the world’s brightest young talents.

United have spent the past year trying to tempt the 19-year-old to Old Trafford believing he could help fire the club back to the pinnacle of European football.

But Frank Lampard’s side have emerged as the most likely destination for Sancho after indicating they will meet Borussia Dortmund’s huge valuation of the England star.

The Bundesliga club’s demands have put off Jurgen Klopp’s Reds but Chelsea have told the Germans they are prepared to find £100m-plus to make a statement signing.

Frank Lampard has made no secret of his desire to bring in an attacking player he feels will fill the void left by Eden Hazard’s departure for Real Madrid.

Chelsea have told Dortmund they will pay £100m+ for Sancho.

Potential for similar deal to Pulisic. Sign in Jan then loan back until the summer. | @dwright75 https://t.co/NBvMWECq9O

And Sancho is the player he believes will do that job with Roman Abramovich prepared to back his manager with serious money in the transfer market.

The Chelsea boss has been left impressed by the South London-born youngster’s devastating goal record along with his impressive assist numbers creating chances for his team-mates.

Sancho scored 12 goals and was responsible for 14 assists for Dortmund as he was voted into the Bundesliga Team of the season last year.

In doing so he became the youngest player in Dortmund’s history to reach double figures in league goals in a season.

And the wide man has continued his electric form this campaign, with nine goals and nine assists already so far.

Those are the kind of figures Hazard provided for Chelsea – a return which Lampard has admitted is lacking in his current squad.

But Dortmund are determined to keep the winger until the end of the season knowing he is vital to their hopes of winning the Bundesliga title this season.

One option would to be to clinch the transfer in January and loan Sancho back to Dortmund, the same kind of terms the Blues agreed with Dortmund for Christian Pulisic last January.