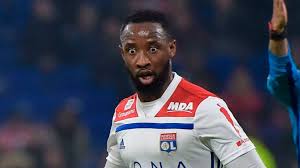 Sky Sports says Chelsea have made a transfer offer of Olivier Giroud and cash for Lyon striker Dembele.

Lampard has identified Dembele as a target and sees similarities between the Frenchman and his former team-mate Didier Drogba.

Drogba, a prolific finisher and notoriously strong striker, was signed in 2004 for £24million from Marseille and went on to score 164 times in his nine years at Stamford Bridge.

Dembele has notched 10 goals in 18 Ligue 1 matches this season but has failed to score in the Champions League.