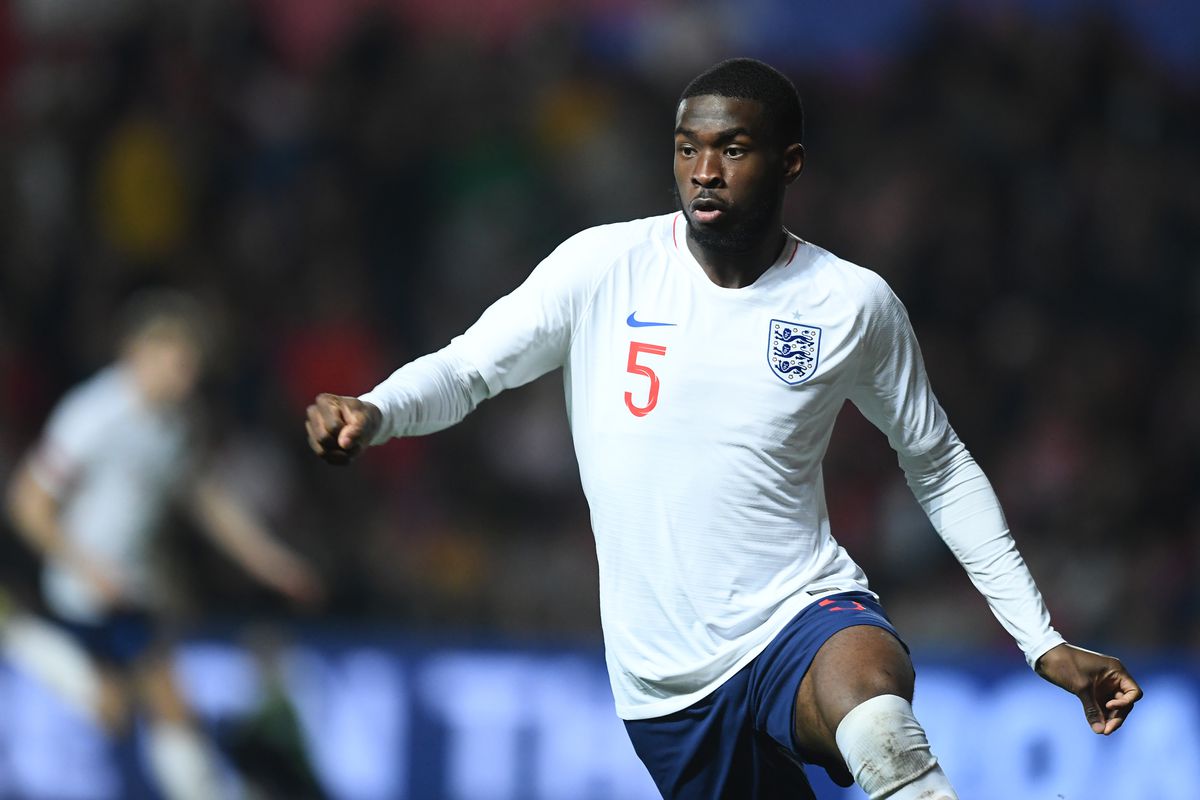 Nigeria born England international Fikayo Tomori has confessed that playing for the Three Lions is no tea party, adding however that he is prepared to work very hard to earn a regular place in the team.

The 20 year old played for six minutes as England hammered Kosovo on Sunday in the Euro qualifiers. Harry Winks scored his

first goal for England, while further strikes from Harry Kane, Marcus Rashford and Mason Mount ensured England ended their qualifying campaign on an impressive note. Tomori who is doing very well at Chelsea under Frank Lampard believes only hard work can make his dream of ranking among the best come true.

He told reporters: “It’s pretty mad. If you told me 12 months ago that I’d make my England debut, I’d probably have looked at you funny because it just seemed so far away.

“But now that I’m here I’m grateful, it’s been a lot of hard work and determination, a lot of focus, and hopefully I can make more caps and maintain that focus I’ve shown.

“I just have to keep on trying to stay focused at club level, continue playing games and playing well, taking the opportunities that are given to me and hopefully the manager picks me in the summer,” he enthused

Tomori is sure to continue his good run at the Stamford Bridge especially with Chelsea Coach aware of his qualities.

He spent last season on loan at Derby County and made 44 appearances under boss Frank Lampard who eventually moved to become Chelsea boss offering him better opportunity to showcase his skills.  Tomori and fellow Nigeria born Tammy Abraham have so far lived up to the expectations of lampard as the Blues continue to ride high in the premier league.

Both players prior to being called up by England had been tipped to join the Super Eagles of Nigeria but eventually settled for the Three Lions.