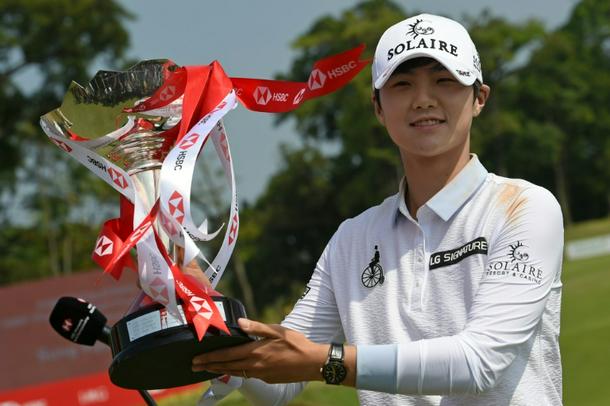 Golf’s HSBC Women’s World Championship in Singapore later this month was cancelled Monday as was next week’s LPGA Thailand tournament, meaning the US women’s Tour has now lost all three of their lucrative early-season events in Asia.

The World Championship, won last year by world number two Park Sung-hyun at Sentosa Golf Club, is one of the most prestigious on the US LPGA Tour outside the majors and this year’s entries had included all of the world’s top 20 players. It had been scheduled to tee off on February 27.

The Tour had already announced 10 days ago the cancelation of the Blue Bay LPGA from March 5-8 on the southern Chinese island of Hainan.

“Due to the continued health concerns and recent advisories in some Asian countries that large-scale events should be cancelled or postponed as a result of the coronavirus, the LPGA and its partners have made the decision to cancel the 2020 Honda LPGA Thailand and the 2020 HSBC Women’s World Championship,” an LPGA Tour statement said.

Sixty-six players would have played in the tournament from February 27 to March 1 including world number one Ko Jin-young of South Korea, defending champion and compatriot Park and third-ranked Nelly Korda of the US.

Players are currently in Australia where the tour’s Australian Open begins in Adelaide on Thursday after the conclusion of the Vic Open in Geelong on Sunday.

“The health and safety of our players, fans and everyone working on the event is always our highest priority. While we are disappointed that these tournaments will not take place this season, we look forward to returning to Asia soon,” said the statement.

Singapore stepped up its disease alert level to the second-highest level on its four-point system on Friday.

Under the upgraded alert, event organisers are advised to cancel or defer non-essential large-scale events.

Singapore had already barred the entry of travellers who had been to China recently from entering or transiting through its territory to counter the spread of the virus.

The city-state also suspended the issuance of visas for Chinese passport holders.