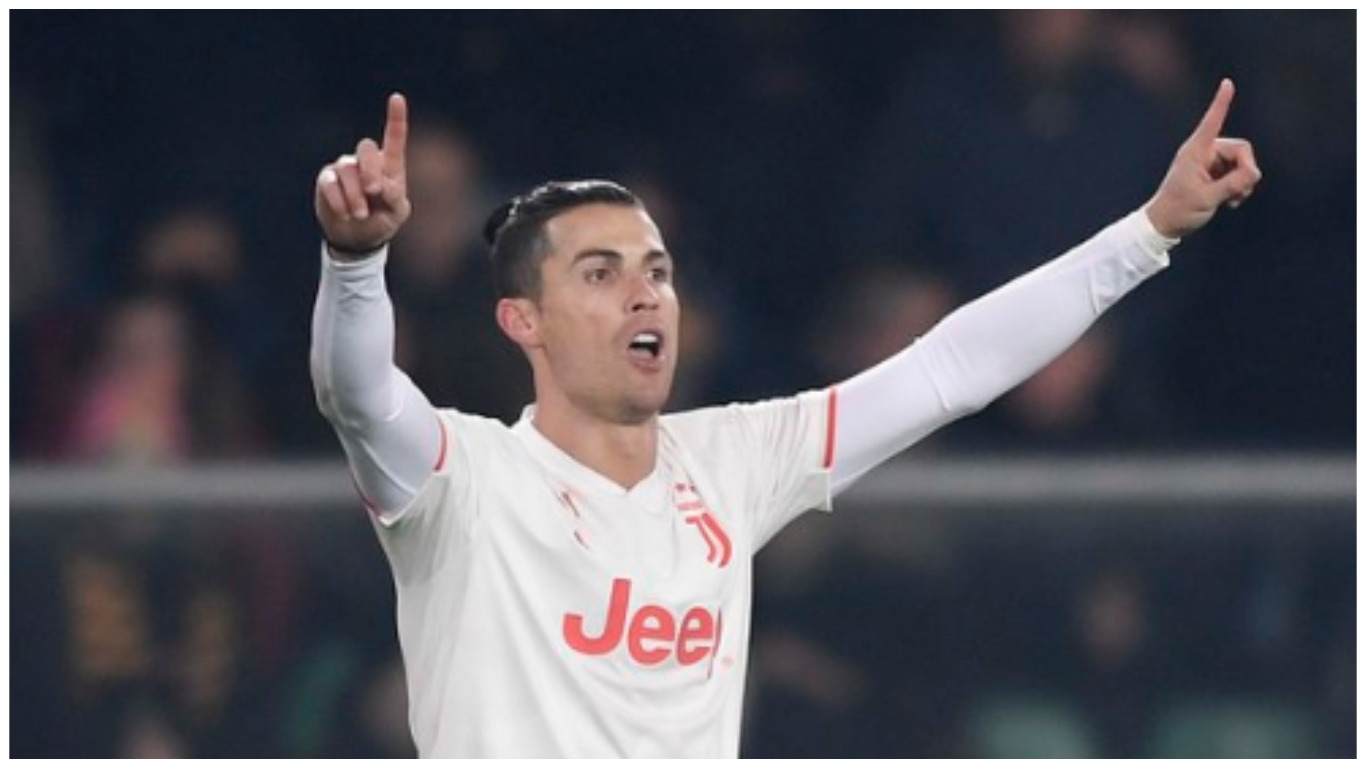 Cristiano Ronaldo, who turned 35 last week has proven that age is just a number after breaking Juventus record.

The Portuguese striker has become the first player to score 10 consecutive goals for the Bianconeri side.

He achieved this feat during his Serie A match with Hellas Verona, the five-time Ballon d’Or winner overtook former Juventus player David Trezeguet, who scored nine consecutive goals record which was achieved in 2005.

Ronaldo is closing in on the all-time Serie A record of scoring in 11 consecutive games held by Gabriel Batistuta and Fabio Quagliarella.

#StatOfTheGame | 10 in a row for @Cristiano

Previously, he added another record to his name after scoring 50 goals, donning the Juventus jersey. He achieved this feat after netting twice in the match against Fiorentina.

Juventus lost the match (2-1) against Hellas Verona despite an early goal by Ronaldo, this loss has opened a title race in the league.

Sarri was furious with the loss, he said: “We have to understand that winning is not a foregone conclusion,”.

“We need to get it into our heads that we can’t have lapses in concentration as happened this evening,” blasted Sarri.

Read Also: How Inter Milan lost out in last-minute bid for Ighalo

Ronaldo, right now has 23 goals this season in all competitions out of which 20 of them are in Serie A.

Ronaldo,’s 2020 began with a bang after he scored a hat-trick along with an assist against Cagliari.

The Portuguese legend has been the highest goal scorer for his national team, and his previous club Real Madrid. He scored 450 times in 438 matches for the La Liga table-toppers.