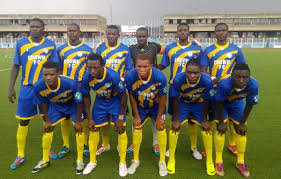 The General Manager of Crown FC of Ogbomosho, Rollanson Odeh, has promised that his team will perform better in the last game of the season against Warri Wolves in Warri.

Odeh gave the assurance in a statement by the Media Officer of the club, Olatunji Alabi on Monday in Lagos.

The Club’s administrator said that the weekend win over the visiting Words of Life FC in Ogbomosho had further brightened the team’s chances.

“It was Chibuike Nwankwo who came off the bench to score the first and second goals.

“Francis Olanrewaju put an icing on the cake for the Ajilete Warriors to make it three unreplied goals on Sunday at the Soun Township Stadium.

“This win has further brightened the team’s chances of picking the only ticket in Group B4, ‘’ Odeh said.

According to him, the outcome of the game brings to an end the speculation that the Bible Crusaders will thwart the homers’ target of moving victoriously out of the group.

He noted that the game against Warri Wolves would be the easiest of all games for the team, saying that it would be a less-tension game.

Odeh said that the team would play with the seriousness that the match deserves and would not return home ashamed.

Crown FC will travel to Warri to lock horns with the Seasiders in the last game of the Group B4 fixture of the NNL 2018/2019 Season on Saturday.