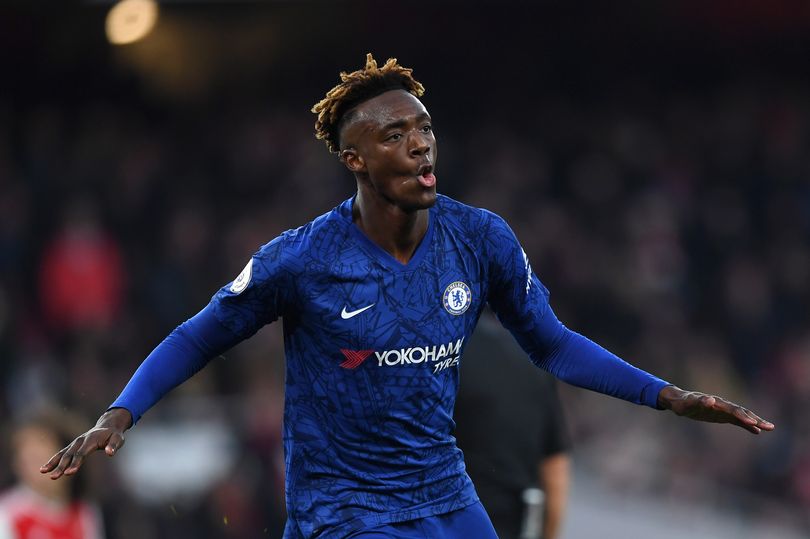 Former Chelsea legend,Didier Drogba has reacted to Tammy Abraham’s goal against Arsenal which the Blues won 2-1 at the Emirates.

Abraham scored the winning goal and celebrated by pumping his arms out and knee sliding in front of the traveling fans – much like a former Chelsea legend Drogba used to do.

And Drogba sent Abraham a message which sent sending fans into a frenzy.

@didierdrogbaI get goosebumps re playing this goal and the celebration after @tammyabraham @ChelseaFC what a win at the Emirates come on you bluuuues!!!!!!! #ARSCHE

Chelsea came back from behind against Arsenal for the first time this season to land a huge blow in the top four race.

The Gunners took the lead through Pierre-Emerick Aubameyang in the first-half but their London rivals bounced back after the break.

However, it took two late goals to find the win in unlikely circumstances – the first coming from a huge error from Bernd Leno.

The German came out to collect a free-kick but completely misjudged the flight of the ball, allowing Jorginho to net a tap-in.

And less than five minutes later the Blues took the lead when Abraham converted Willian’s low cross from a blistering counter-attack.