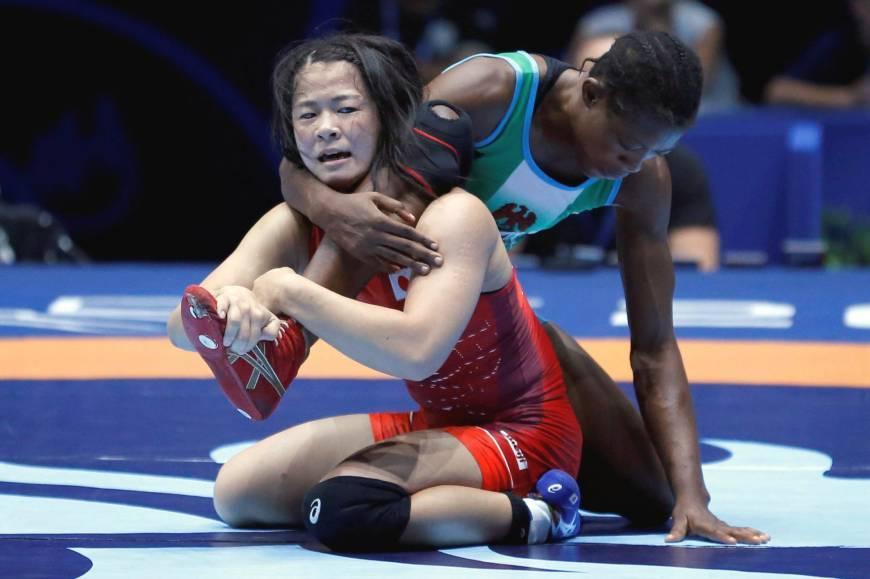 The battle ranking points for wrestlers across the globe kicked off yesterday in Istanbul, Turkey, as Nigeria’s Odunayo Adekuoroye was the cynosure of all eyes in the women’s 57kg of freestyle event of the United World Wrestling (UWW) Ranking Series tournament, the Yasar Dogu.

The Nigerian will be slugging out for the top spot in the world rating ahead of the 2019 World Wrestling Championships holding in Kazakhstan.

According to the United World Wrestling (UWW), there are six wrestlers ranked inside the top 20 at 57kg and they are expected to compete in Turkey, but all eyes will be fixated on India’s Pooja H=Dhanda, Nigeria’s Odunayo Adekuoroye and Hungary’s Emese Barka, who are ranked fourth through six, respectively.

The trio of top-six world medalists are only separated by six points heading into the tournament, as there are doubt over who is the favourite to win this weight due to their back and forth history.

According to UWW, it is not clear whether or not third-ranked Bulgaria’s Bilyana Dudova will compete at the World Championship in September, and with Dhanda, Adekuoroye, and Barka all having the ability to capture a gold medal, there might be a complete shakeup of the third and fourth spot after this weekend.

In addition to the six ranked wrestlers competing in the 57kg, attention will also be on Canada’s Alexandria Town and despite not ranked, the reigning U-23 world champion could cause trouble for anyone she draws in to.

Also, 10-time African Champion, Blessing Oborududu will be aiming to improve her world rating in the 67kg as Istanbul’s Bağcılar Olimpic Sports Hall host the most significant Ranking Series tournament of the year, the Yasar Dogu from July 11 to 14.

The Turkey tournament tagged Yasar Dogu will be this season’s final point-earning tournament; and after this weekend, the top-four freestyle and women’s wrestling seeds for the 2019 World Championships will be unveiled.

The 2019 World Wrestling Championships will be held in Nur-Sultan, Kazakhstan from September 14 to 22.

The post Eyes on Adekuoroye as wrestlers battle for points in Turkey appeared first on Sporting Life.