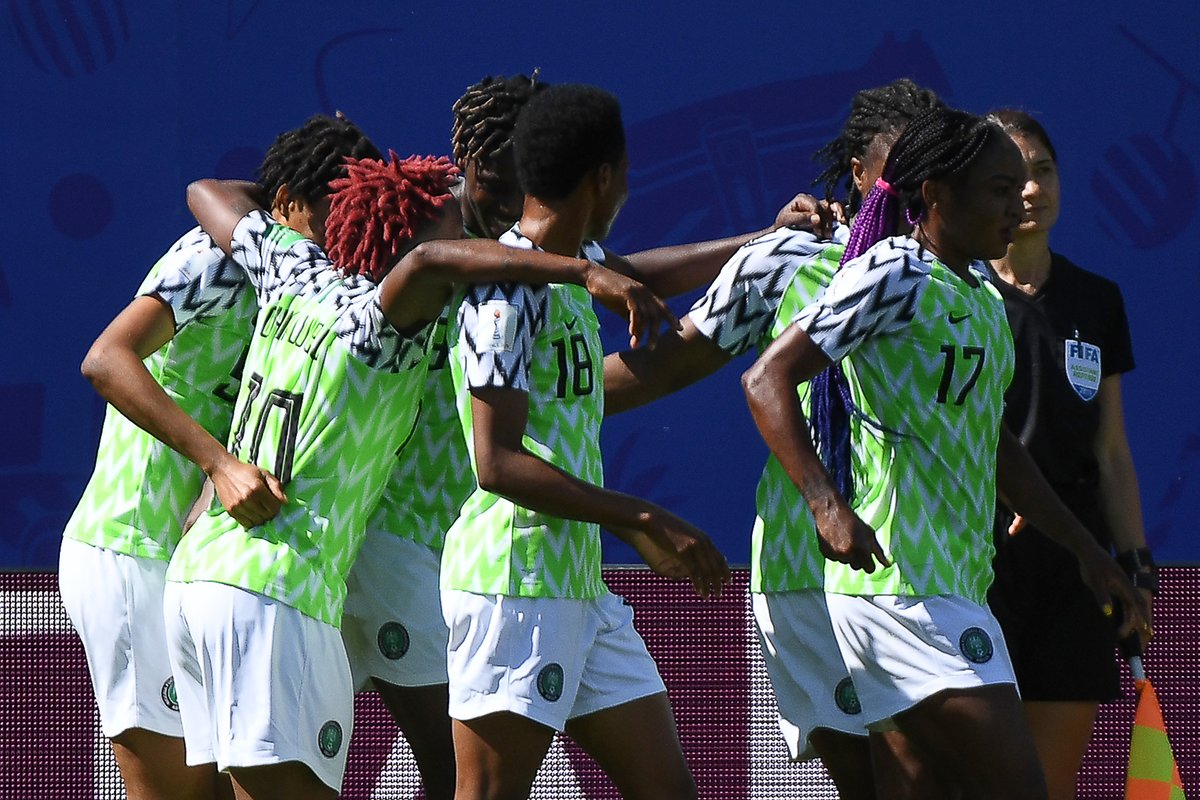 The rankings were released on FIFA’s website on Friday.

The African champions are now ranked in the 36th position with 1643 points, but they remain the continent’s top placed team.

The News Agency of Nigeria (NAN) reports that the exploits of the U.S. at the tournament see them retain their top spot as the world’s best.

Jill Ellis team strengthened their hold after defeating four fellow top-six nations in the process to extend their lead to 121 points over Germany who are second.

The world champions amassed 2180 points against 2059 by the German side, who lost to Sweden in the quarter-finals.

This has become the largest gap in the ranking’s history.

The Netherlands, who were runners-up at the World Cup in France, moved five places up to the third position and are the biggest movers within the top 10.

After their Cinderella run to the final in what was only their second ever participation in the world finals, the Dutch’s third-place ranking is the country’s best-ever position.

For the African teams, Cameroon who alongside Nigeria reached the Round of 16, rose five places up with 1552 points in the 41st position to become Africa’s second best team.

Debutants South Africa retain their 49th spot in the world and are third on the continent’s list.

Also, Gabon returned to the ranking for the first time since August 2016, placed 124th, after their impressive away win over Congo in the 2020 Olympics qualifiers.

Sweden’s bronze-medal finish in France 2019 sees them make the second-highest move within the top 10.

They moved from the ninth to sixth position and return to the top six for the first time in over two years.

The ranking itself reached a new milestone with the number of teams increasing from 155 to 158.

This means no team needed to be removed due to prolonged inactivity, which is an all-time record.

The next FIFA/Coca-Cola Women’s World Ranking will be published on Sept. 27. (NAN)

The post FIFA Rankings: Super Falcons move two places up after Round of 16 appeared first on Sporting Life.