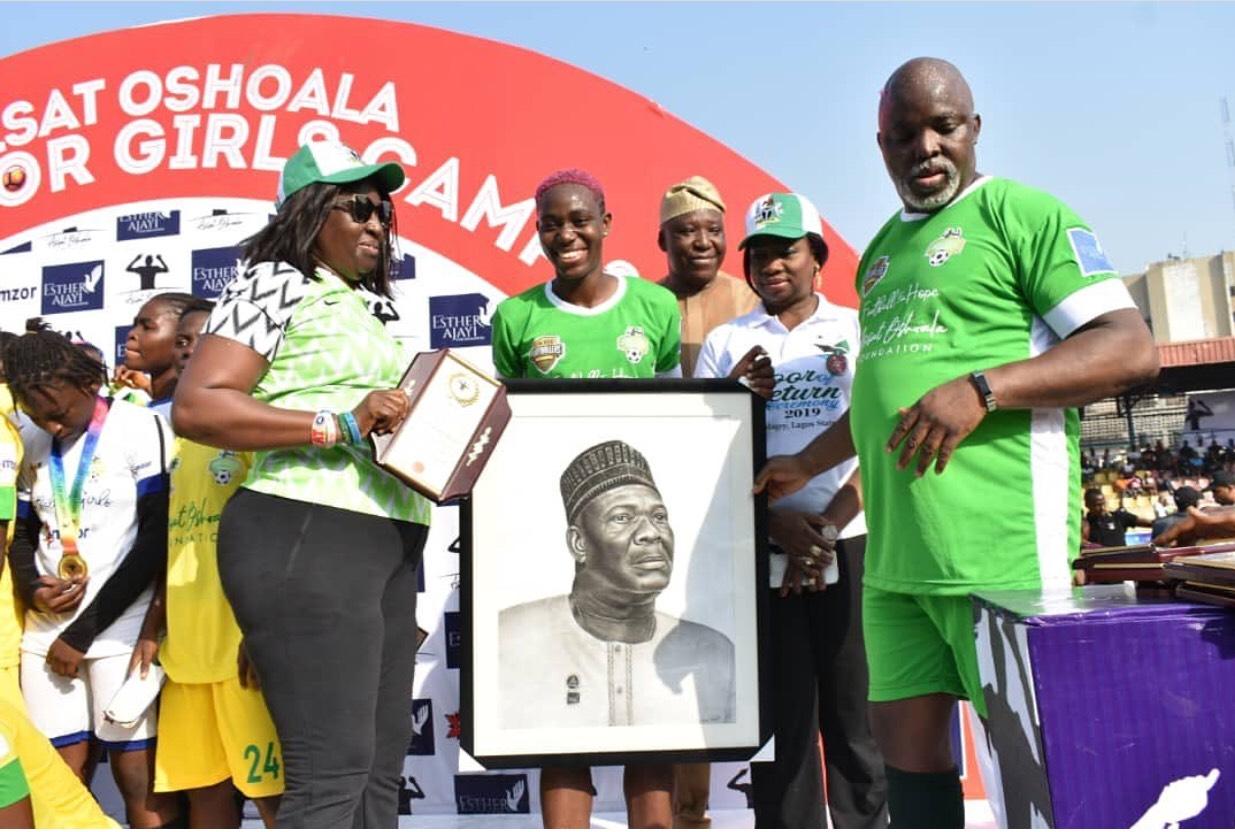 President of the Nigeria Football Federation, Amaju Pinnick and Chairman/Chief Executive Officer of the Nigerian Diaspora Commission, Abike Dabiri-Erewa have urged other sports stars to emulate Asisat Oshoala by giving back to the society.

Oshoala through her foundation, Asisat Oshoala Foundation organizes School Girls Football Clinic tagged “#football4girls on yearly basis to help girls in Lagos Secondary Schools to achieve their dreams of engaging in football as a career.

In a chat with Sportinglife.ng during the final of the 5th edition held at the Campos Mini Stadium on Tuesday, both Dabiri-Erewa and Pinnick heaped praises on the three-time African Women’s Footballer of the Year for her charity gesture.

“So what Asisat Oshoala Foundation is doing, she is touching lives in her own way. It is important for us to support her and ensure that we all, through one way or the other make an impact in the lives of young girls. If all of us do a little thing or do one thing or the other in wherever we found ourselves, the world will be better place to live in,” Dabiri-Erewa said.

On his part, NFF boss said, “I must commend Oshoala for bringing up this beautiful idea to encourage the girl/child to play football.

“When she called me to attend the finals, I could not resist and out of my busy schedule I ensured that I attended the event.

“As the Oshoala Football Championship progresses, I believe it will attract more teams to participate in the female league. The NFF will not relent in supporting the development of Nigerian football in any capacity,” he said.