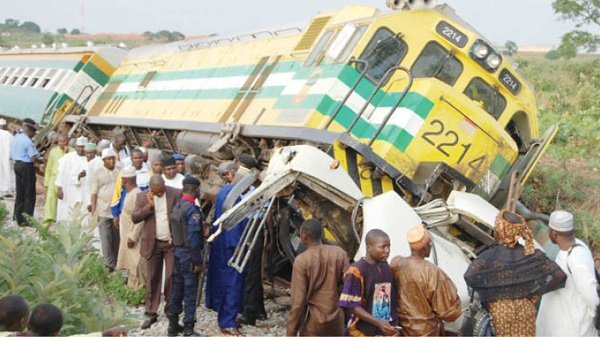 At least four persons are feared dead as a train crushed a tricycle in Lagos in the early hours of Tuesday.

The incident occurred around 6:45am at Iju Ishaga, a Lagos suburb, The Nation reports.

The tricycle which was said to be carrying passengers from Ike- aro to Abule Egba, had attempted to cross the railway when it got trapped and was eventually crushed by the locomotive train.

Naija News recalls that a similar accident happened 9 months ago when a Train crashed into a tricycle, commercial bus in Agege Pen Cinema area of Lagos claiming at least seven lives in the process.