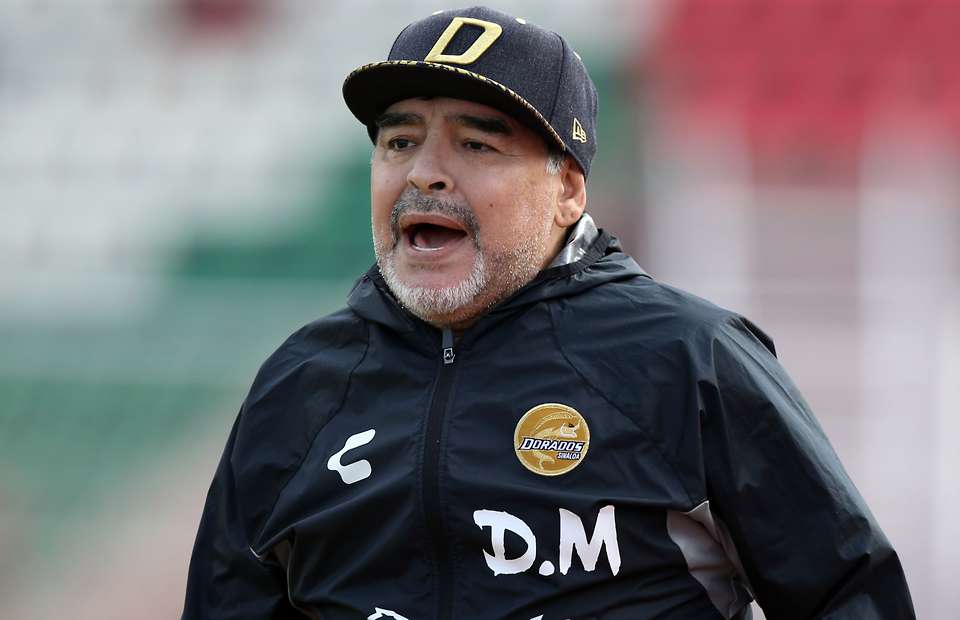 Argentine football legend, Diego Maradona, has confessed that he lost his virginity at the age of 13.

Maradona claimed to have been abducted by a UFO, says he had the affair with an “older lady” who was “reading a newspaper”.

The football legend, 59, made the comments in an interview with Argentine sports channel TyC Sports.

“I got home and said that UFOs had taken me. I said ‘They took me, I can’t tell you about it. I was on top and she was reading a newspaper.” He added that his favourite sexual position was “on all fours”.

When asked if he believed in UFOs, Maradona said: “Why make things up? Once, after a few too many drinks, I was missing from home for three days.

Maradona, who manages Gimnasia in his homeland, also revealed that he has played “several times” in his career without having slept.

He was also asked which three footballers he would invite to a party on a yacht.

Maradona said he spent his first pay packet “in a pizzeria” with “my old lady (mother) alone,” adding that he felt like “Bill Gates and she seemed like Queen Sofia”.

In the interview he also revealed how star striker Lionel Messi “cried in the shower” after Argentina, who Maradona was managing, were smashed 4-0 by Germany in the 2010 World Cup.

And referring to netting with his infamous “hand of God” against England in the 1986 World Cup, Maradona described himself as “a regular guy who scored a goal against the English who were killing our kids in the Falklands War”.

It is not known if Maradona is currently on the dating scene, and he is believed to have five children. He was married to Claudia Villafane for 17 years before the pair divorced in 2004.

The post I lost my virginity at 13, says Maradona appeared first on Sporting Life.