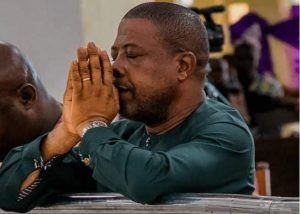 Emeka Ihedioha, a former governor of Imo State, has officially asked the Supreme Court to set aside its declaration of Hope Uzodinma as the authentic governor of the state.

Naija News reports that the Supreme Court had nullified the election of Emeka Ihedioha and has declared Senator Uzodinma winner of the March 19 Governorship election in Imo.

Uzodinma had approached the courts, claiming that he got the highest number of votes in the election, but the Independent National Electoral Commission (INEC) returned Emeka Ihedioha as the Governor of the State.

The Supreme Court said the votes due to Senator Uzodinma was unlawfully excluded from the 318 polling units.

Delivering judgement, Justice Kudirat Kekere-Ekun stated that the submissions of a Principal witness who was on a subpoena to present results held that the lower court was wrong in its ruling.

Speaking to newsmen on Wednesday, Ndukwe Nnawuchi (SAN) said that Emeka Ihedioha and the PDP filed an application before the apex court, urging it set aside the January 14 judgment.

He said: “The election of March 9, 2019, was challenged in the election tribunal where the judgment was delivered in Ihedioha’s favour.

“The matter went to the Court of Appeal which affirmed the tribunal’s judgment. The matter went for further appeal to the Supreme Court which reversed the judgments of the lower courts.

“After the January 14 verdict, Ihedioha and the PDP put together a team of lawyers to study the judgment. That team has studied the judgment and has advised accordingly.

“Following the advice, Ihedioha and the PDP instructed the team of lawyers to approach the Supreme Court with an application to set aside the judgment.

“I want to officially inform you that this afternoon, the lawyers filed an application in the Supreme Court, urging it to set aside the January 14 judgment.”