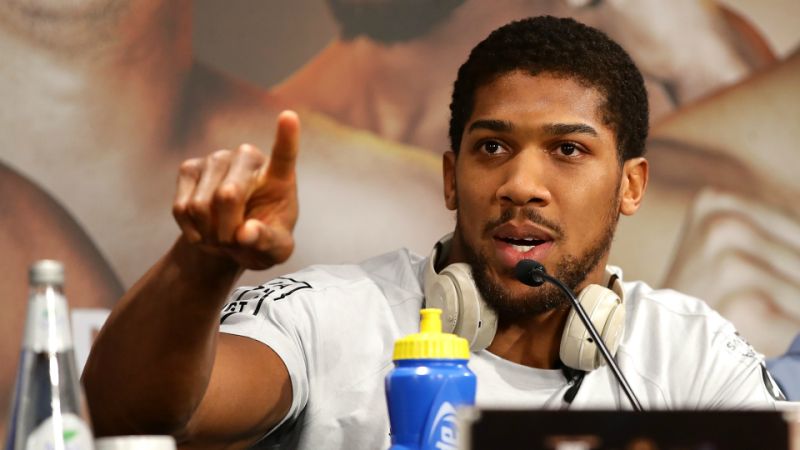 Anthony Joshua believes sparring with Tyson Fury will help him come out on top when they meet in a fight further down the line.

Joshua, 30, who reclaimed his unified world heavyweight titles in his rematch with Andy Ruiz Jr earlier this month, made the shock offer on Sky Sports News last week.

Scenes from last week! Thanks so much to everyone who came out to support with @jdofficial

Ahead of Fury’s rematch with WBC champion Deontay Wilder in February, Joshua insisted he would travel Stateside and put his British rival through his paces in sparring.

With the pair likely to meet in a domestic dust-up at some stage, his offer has come as a complete surprise to the boxing world.

But AJ has revealed there is a method to the madness, claiming he will have a better chance of toppling Fury if he spars with him beforehand.

“It’s all for experience at the end of the day. What I learnt from myself and who I am – if I make a mistake once, I don’t make it again,” he told Sky Sports .

“With Fury, sparring him for the first time, maybe for my benefit I might go in there and just batter him around the ring or he might batter me around the ring.

“If that is the case, I know I can take my notes and go back when I’m ready to fight him and correct all my wrongs.

Love this. @Tyson_Fury has accepted @anthonyfjoshua’s offer to spar him ahead of the Deontay Wilder fight! pic.twitter.com/4aT17McbBb

“Everyone’s like ‘you wouldn’t do it’ but no one knows how my brain works. Everyone talks from their own experiences and I can only talk from my own.

“So when I say I’ll go and spar Fury, it’s because I have a plan in my mind that no one will really understand.

The post Joshua reveals what will happen to Fury if goes ahead to spar him appeared first on Sporting Life.