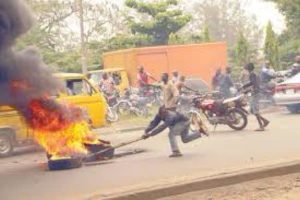 It was gathered that the policemen firing at the hoodlums, who retaliated with stones and other dangerous weapons.

The clash is connected to the recent ban on Okada from highways in some parts of Lagos.