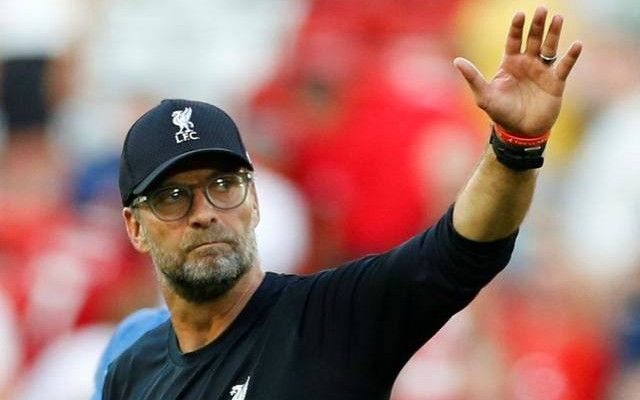 Liverpool manager Jurgen Klopp called for a cauldron of an atmosphere when the European champions host Manchester City on Sunday, but warned fans against overstepping the line.

City’s team bus was damaged by thrown bottles ahead of their Champions League quarter-final, first leg at Anfield in April 2018.

But the rivalry on the field between the two sides has grown even more intense over the past 18 months after City pipped Liverpool to the Premier League title by a single point last season.

“I’m a big believer of fan power – in the stadium. That’s completely different,” said Klopp on the previous attack on City’s bus.

“That was a senseless thing. If somebody at Man City is concerned still, then it’s our fault.

“Not that we did it all together, we all didn’t throw the bottle or whatever it was, but it was one of us. That’s why we are responsible.

“All of us have to make sure that something like this will never happen again.”

City boss Pep Guardiola repeated his criticism of the police for the lack of protection his side were given that night, but hopes it is the spectacle
on the field that makes worldwide news come Sunday.

“Hopefully it does not happen again,” said Guardiola. “The police knew it in the Champions League game before and didn’t do anything.

“Hopefully it will be an incredible game at Anfield for the Premier League, for all (the people) around the world and hopefully the same thing is not going to happen as what happened two seasons ago.”

On the field it is Liverpool who have the upper hand in the title race this time around as Klopp’s men enjoy a six-point lead at the top of the table
after a brilliant start of 10 wins and one draw in their opening 11 games.

Guardiola hailed the Reds as the “strongest team in the world” right now, but Klopp is also full of respect for the Catalan and pointed to slipping standards at Barcelona and Bayern Munich since Guardiola left as evidence of his impact.

Read Also:Bravo steps in as Manchester City confirm Ederson out of Liverpool clash

“For me he is the best manager in the world,” added Klopp. “Wherever he was he had a proper impact on his team. You can see when he is not there anymore the football looks differently, so that is something big.”