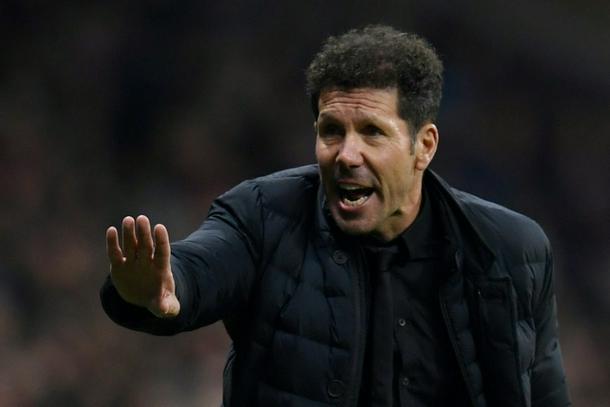 Atletico Madrid won for the first time in four games on Saturday thanks to a 1-0 win over Granada that moved them into fourth place in La Liga, as Getafe continued their surprising charge towards Champions League football.

Argentinian forward Angel Correa scored Atletico’s only goal in the sixth minute at the Wanda Metropolitano, netting for the fifth time in nine matches.

Atletico had goalkeeper Jan Oblak to thank for preserving the three points with a superb save from Roberto Soldado’s crafty second-half backheel.

Diego Simeone’s side could be overtaken on Sunday by Sevilla, who visit Celta Vigo, but the coach welcomed the return to form for a side who must face holders Liverpool in the last 16 of the Champions League later this month.

“We needed to win. Our stadium’s support was extraordinary, we needed that energy,” Simeone said.

The 37-year-old Molina capped a storming performance with two goals in the second half before Jaime Mata added a third with three minutes left, after Valencia’s Alessandro Florenzi had been sent off.

Getafe stay third, three points ahead of Atletico and Sevilla.

Up next for Jose Bordalas’ side is a trip to Barcelona next weekend but on this evidence, it will be the stumbling Catalans feeling nervous ahead of that game.

Getafe face La Liga’s defending champions on the back of four consecutive victories, in which they have scored nine goals and conceded none.

They bullied Valencia from start to finish, faster to the ball and hungrier in the tackles with all three goals coming from Getafe’s players reacting quicker than their opponents.

“It was all shit, in defence and in attack,” said Valencia’s Gabriel Paulista. “We have to change today’s attitude. They have been more like men.”

After Barca, they will play Ajax in the Europa League.

Valencia, meanwhile, have won only four out of nine games since the turn of the year, with their own Champions League last 16 tie against Atalanta fast approaching.

Getafe had to wait until 13 minutes into the second for Molina’s opener. He slid the ball to Mata and then beat two Valencia defenders to the rebound from Jaume Domenech’s save.

Dani Parejo was at fault for the second as he gave the ball away in midfield and one pass set Molina free. He had three defenders to beat but somehow bundled through, a final pirouette making space for a smart finish.

Florenzi was sent off with 12 minutes left for a frustrated spear tackle from behind on Marc Cucurella before Mata made it three.

Villarreal were held to a 1-1 draw by Real Valladolid as well-travelled French forward Hartem Ben Arfa made his debut as a second-half substitute.