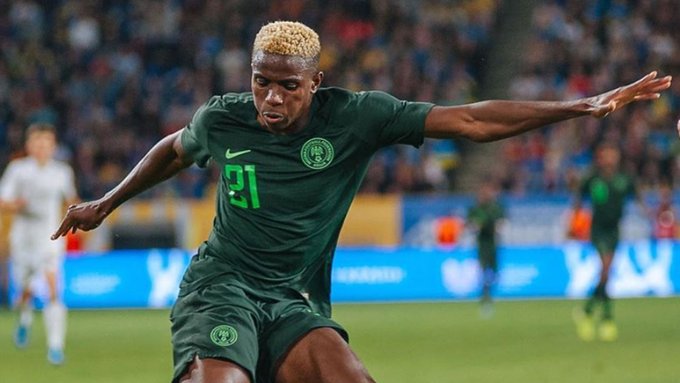 French Ligue 1 side, Lille have congratulated Victor Osimhen for his maiden goal for the Super Eagles in Tuesday’ s friendly against Ukraine at the Dnipro Arena.

Osimhen was on target in the 33rd minute from the penalty spot after Samuel Kalu was fouled by Eduard Sobol inside the box.

Kalu also a hand in the Eagles opening goal which was scored Joe Aribo.

Despite a thorn in the flesh Osimhen was booked in the second half by referee Paolo Valerie for challenging hus decision.