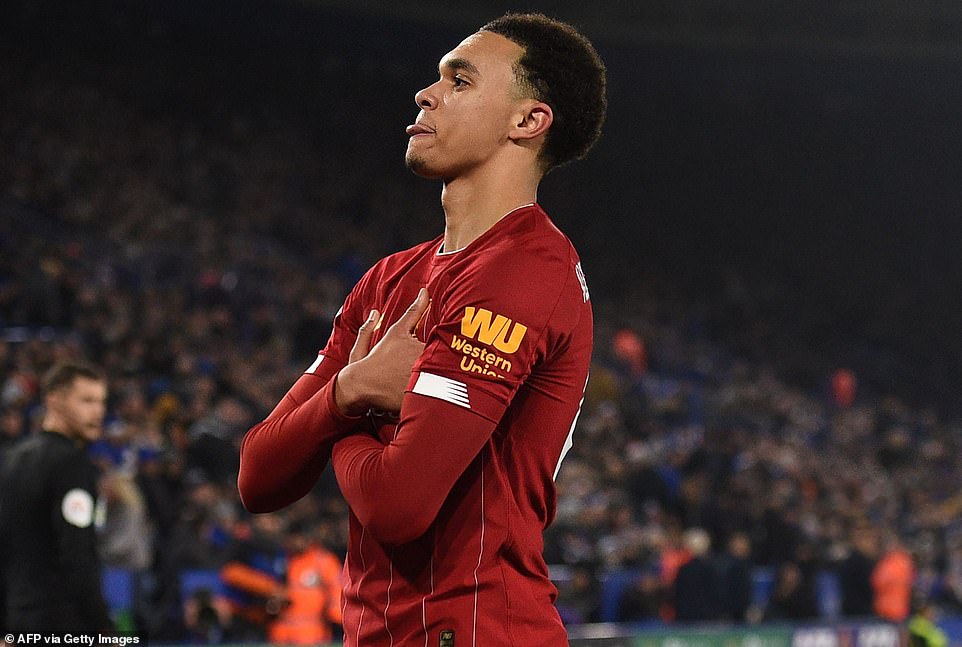 Liverpool took another step towards their first Premier League title with a performance worthy of being champions.

Jurgen Klopp’s side dominated Leicester City, winning 4-0 at the King Power Stadium, and leaving the home side with no answer to their slick play all night.

Leicester made just one change to the side that lost against Manchester City last weekend, with Dennis Praet replacing Ayoze Perez in midfield.

For Liverpool, Jurgen Klopp made two changes from the team that beat Watford in their last league outing. Andrew Robertson returns at left-back instead of James Milner, while Naby Keita replaced Xherdan Shaqiri further ahead.

Within a minute, Liverpool had already created two chances. Trent Alexander-Arnold fired from 20 yards, and Mane nearly got on the end of a Mo Salah cross – while the fullback’s was speculative, the Senegal man really should have done better.

Soon after Jonny Evans misplaced a pass on the edge of his own box that went straight to Salah, but he fired over wildly. The home side began nervy and on edge, with the only consolation being Klopp’s side hadn’t punished their mistakes.

After breaking from a corner, Salah was through on goal to round Kasper Schmeichel but his touch was too heavy and he gave himself too much to do with the finish. Offside decisions halted Leicester’s direct play, with Wilfried Ndidi and Youri Tielemens the creators, but the open game looked far more favourable for the visitors than the hosts.

Both teams looked susceptible on the counter-attack, but it was only the away side that managed to convert that into genuine chances.

Just after the half hour mark, one of those Liverpool chances paid off. With Alexander-Arnold popping up on the left side, his diagonal ball behind Ben Chilwell found Roberto Firmino, with the Brazilian heading home.

A minute later Mane spurned the opportunity to double the lead, with Schmeichel saving brilliantly at his feet.

By the time the half-time whistle came Leicester had been utterly dominated, failing to muster any significant chances and lucky to be only one down.

The second half started much more sedately than the first, with Liverpool still dominating possession of the ball. Salah looped an effort over the bar and Firmino failed to get enough on a Robertson cross from eight yards and put wide.

The moment the Foxes increased their tempo, they suddenly looked in the game. It was still a matter of half-chances, rather than full ones, with Vardy running at Joe Gomez and Ricardo causing problems down the right flank, but it was enough to raise the audio in the King Power.