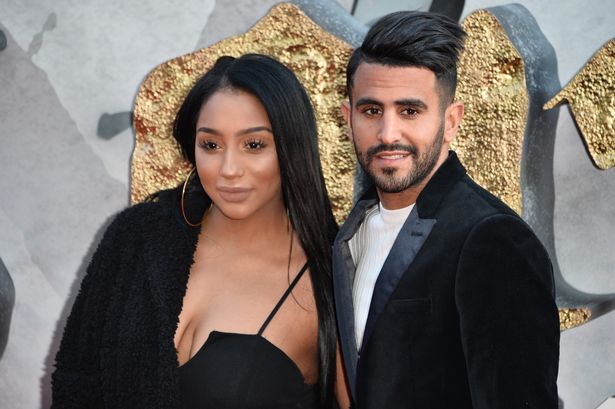 Manchester City star, Riyad Mahrez, has split from his wife — and is now dating the daughter of a Real Housewives of Cheshire star.

Mahrez, 28, has been on a string of dates with fashion student Taylor Ward, 22 — daughter of ITVBe reality star Dawn, 46 — after he officially called time on his marriage.

Dad-of-two Mahrez even took Taylor, who has also appeared on the TV show, and 15 of her friends out for a lavish dinner last week.

Last night, a source close to the Man City winger said: “Riyad and Taylor get on brilliantly, and initially started hanging out as mates. He thinks she’s gorgeous, and has joined her and her pals for a few group dates.

“They’ve been friends for a while but Taylor refused to go there romantically until she knew his marriage was over. She is very much a girls’ girl and would never break that code

“Taylor is stunning and Riyad’s team-mates have been ribbing him about how he’s been punching above his weight.”

Taylor has previously been linked to Mahrez’s City team-mate Sergio Aguero, as well as to Everton star Mason Holgate.

She cheered on her new man in the Manchester derby at the Etihad on Wednesday when City made it to the EFL Cup final.

Her dad, Ashley, 49, is a former professional footballer who retired from the game in 2005