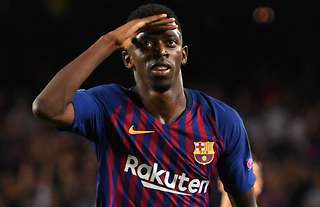 Sadio Mane walked into the podium like a true African king- knowing that the stage was made for him – and won the CAF best player of the year award to send delight into the hearts of football lovers across the world. 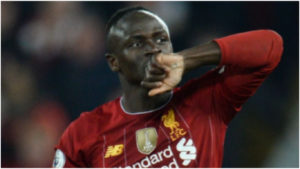 The recognition is, of course, overdue for the sensational Liverpool star who trailed behind his teammate Salah on the same podium in 2017 and 2018.

But at the event held in Egypt on Tuesday night, January 8, Mane capped his prosperous year with the best prize in African continent, beating off stiff competition from Man City’s Riyad Mahrez and Liverpool’s Mo Salah.

Donned in all black garment, the Senegalese star saw his huge influence both in national team and club recognised, with his win sending ray of light to his native hometown.

In a video going viral, people of Bambali – a local village where Mane was born and raised, showered love to their idol in exclusive turn, as they marched out in multitude to watch their own crowned African football king.

Malta Guinness excites viewers at Lemonade Movie premiere There was a wild celebration on the streets of Bambali shortly after the Senegalese was crowned Africa’s best player.

Mane, meanwhile, has always shown love for Bambali, dedicating a chunk share of his salaries to to them.

He built a school in his village worth €270,000, a hospital, mosque and stadium for his people.

According to Mvslimfeed, he spent his holiday season to inspect the construction works that were going on the projects in Bambali. Aside from the building works, he also gave funds to many humanitarian projects, some of which had gulped $250,000 (N90,375,000).

Senegalese striker earlier opened up about his roots and said he doesn’t need luxuries to be happy and dedicates much of his wages to charity.

“Why would I want ten Ferraris, 20 diamond watches, or two planes? What will these objects do for me and for the world? ”

I was hungry, and I had to work in the field; I survived hard times, played football barefooted, I did not have an education and many other things, but today with what I earn thanks to football, I can help my people,” Mane said.