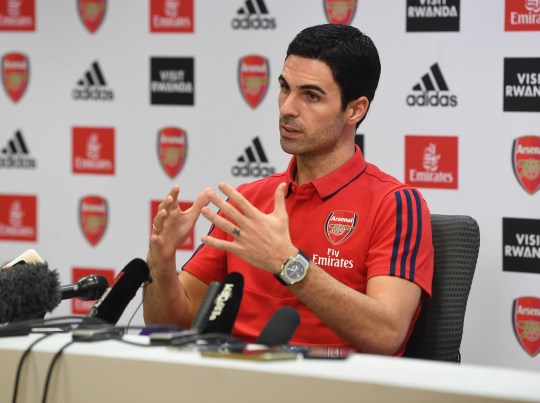 New Arsenal manager, Mikel Arteta may have admitted that Arsene Wenger was right to have labelled him inexperienced but believes he will quickly prove he has all the tools required to do the job.

The 37-year-old was unveiled on Friday and on Saturday sat in the stands to watch Arsenal play out a 0-0 draw against Everton at Goodison Park.

I won’t convince them today that it’s something different than the reality. ‘But there are a lot of things in those three years [at Man City] that I have been doing that are really relevant to create a high-performance environment, and this is what we want to do here.’

read also:Arteta has great future but no experience— Wenger

Arteta had a busy first day at Arsenal, doing interviews and meeting the media, and repeatedly used the phrase ‘ruthless’ – a quality he wants his new side to start showing. Asked if they are capable of that, Arteta continued: ‘I don’t know, I will find out very quickly, but we have to be dominant, we have to show passion and we have to show aggression.

The post Mikel Arteta to Arsene Wenger: I will shock you appeared first on Sporting Life.