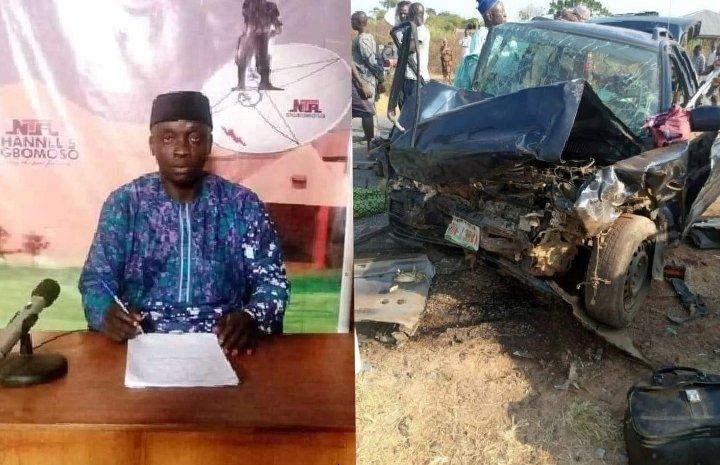 The Minister of Youth and Sports Development Mr. Sunday Dare has expressed sadness at the death of an Ogbomoso based popular radio And TV presenter Kofoworola Olabisi popularly known as Koffy D who on Thursday night died in an auto crash.

Kofoworola who until his death was also a Newscaster and an English Teacher, died with five other people, while many others sustained various degrees of injuries. The incident happened at Ladokun  area in Surulere Local Government Area of Oyo state.

Koffy D as he was popularly called, was said to have been returning to Ogbomoso from Ilorin, the Kwara state capital where he had gone to present a sport programme before the vehicle he boarded had a head-on collision with another car.

According to an eyewitness, four people died on the spot, while others died on the way to the hospital.

The Minister of Youth and Sports Development regretted the loss of the sports broadcaster who has contributed a lot to the improvement of sports and prayed for the repose of his soul and others, while praying for God to grant their families the fortitude to bear the irreparable losses.