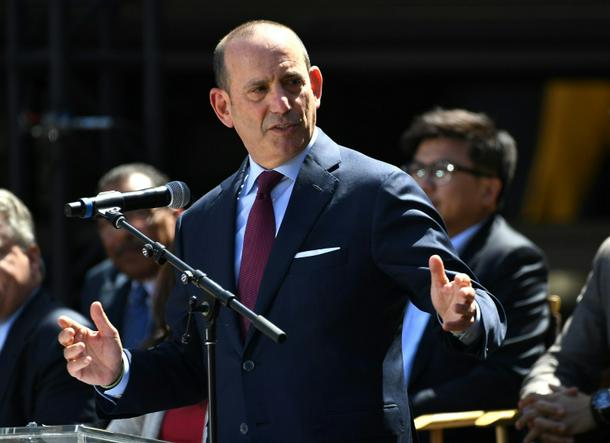 Major League Soccer and the MLS Players Association announced Thursday that they have agreed a five-year deal that would boost player salaries and free agency rights.

The collective bargaining agreement, which must still be ratified by the MLS board of governors and league players, comes just over three weeks before the kickoff of the league’s 25th campaign.

“This agreement addresses key strategic priorities for the league and our players while also retaining the basic player compensation structure that has been the foundation for the growth and stability of Major League Soccer,” said MLS commissioner Don Garber.

Salary budgets and player benefits will increase so that by the end of the deal the average MLS player salary will jump above $500,000 with senior minimum salaries over $100,000.

Free agency was expanded to include players 24 or older and five years in MLS, down from 28 with eight years in the league. Top-paid designated players will be eligible for free agency as well.

“Players have secured an agreement that will substantially change what it means to be an MLS player,” MLSPA executive director Bob Foose said.

“We believe that the sweeping changes and increased investment in this agreement will not only be integral to the league’s continued growth, but will also move MLS closer to the systems in place in overseas leagues with which we aspire to compete.”

A first-ever revenue sharing agreement between team owners and players will ensure increases in media rights revenue, expected when national and global rights deals expire in 2022, are divided between both groups, with players getting 25 percent of the boost in media revenue plus $100 million.

The 26-team league will add clubs in St. Louis, Charlotte, Sacramento and Austin, Texas, over the next two years.