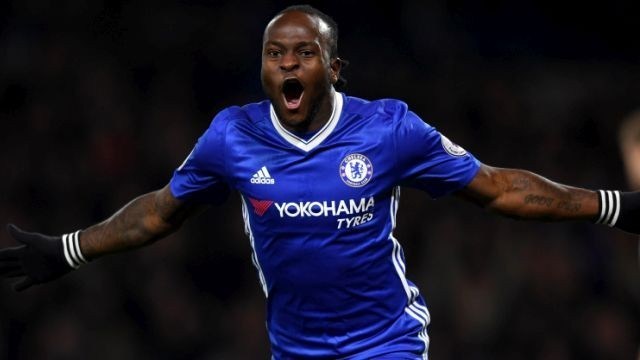 Victor Moses has been shortlisted for the Chelsea Team of The Decade after making more than 50 appearances for the Stamford Bridge side that he joined in 2012.

The former Nigeria international has been nominated for the wing role along with Juan Mata, Eden Hazard and Callum Hudson-Odio with Chelsea calling on its supporters to vote for the first of two wingers in the starting line up.

Moses is a natural right winger but can also play as a right-back and a left-winger.

The Europa League winners made the call on its website on Wednesday.

Now on loan at Fenerbahce, Moses won the Europa League in his first season but was later shipped out on loan to Liverpool, Stoke City and West Ham United.

His best time at Chelsea was during the managerial reign of Italian Antonio Conte when the club won the Premier League.

With the exit of Conte and arrival of Maurizio Sarri, Moses was relegated to the bench forcing him to leave the club to Turkey in January this year.

The post Moses Battles Hazard, others for Chelsea Team Of The Decade Winger appeared first on Sporting Life.