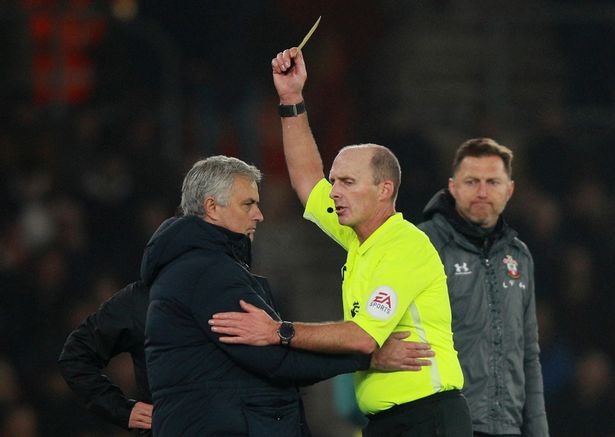 Jose Mourinho insists he was “rude to an idiot” after being booked for spying on a Southampton coach’s tactics booked.

The Tottenham boss appeared to catch a glimpse of notes on a piece of paper after approaching the Saints’ bench.

He was then carded by ref Mike Dean as Spurs lost 1-0.

Afterwards, Mourinho admitted he deserved to be cautioned, but his contrition came with a slight caveat.

He said: “I think the yellow card is fair because I was rude, but I was rude to an idiot.”

The incident capped a poor afternoon for the Portuguese as his side spurned the opportunity to leapfrog former club Manchester United into fifth.

Spurs also lost captain Harry Kane to injury and Mourinho was unable to put an immediate timescale on his return. 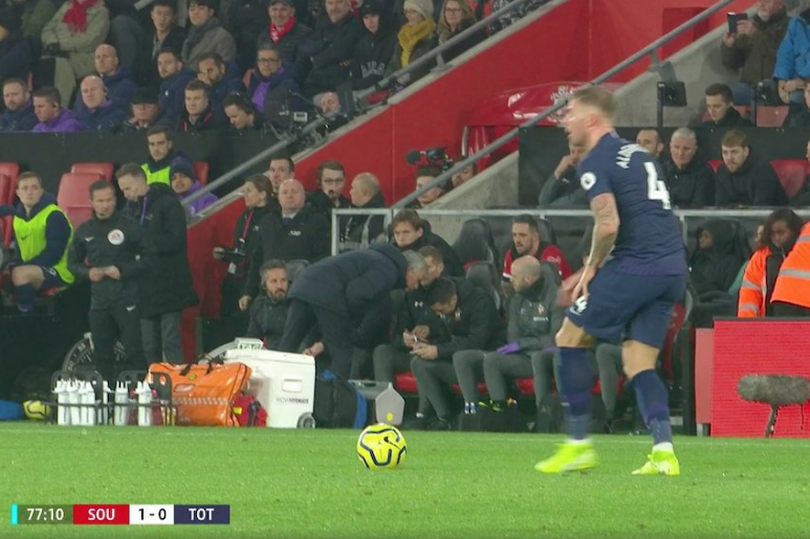 He added: “Harry Kane plays every minute, he plays all the time. It might be big, it might be small. For sure he will be out,” he added.

“Tanguy Ndombele, I don’t know. I imagine this is the tenth injury of the season. They stop him to play. It doesn’t give him continuity. We had three days between matches.”

The post Mourinho brands Southampton coach ‘an idiot’ after being booked appeared first on Sporting Life.