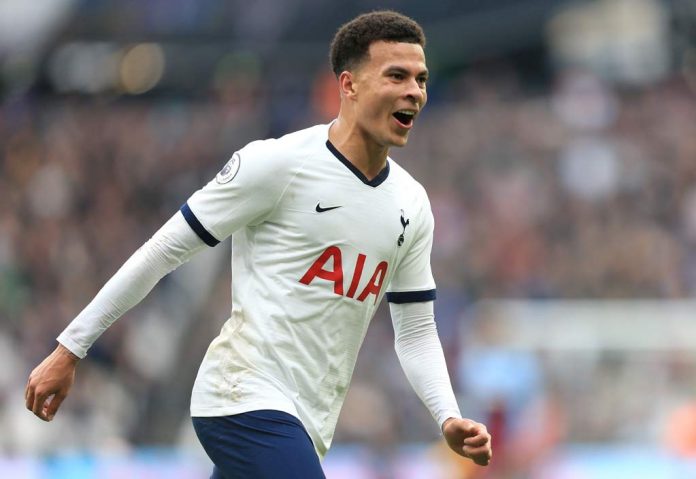 Spurs head coach Jose Mourinho has reserved special praise for Dele Alli for his performance this afternoon as he helped his side to overcome Brighton 2-1 at the Tottenham Hotspur stadium.

It was important for Spurs to bounce back after the disappointing defeat against Chelsea on Sunday but the team once started the game poorly with Brighton taking a deserved lead.

However, the home side were much better in the second half with the likes of Alli, Kane and Moura pressing the Brighton defenders with more intensity.

While Kane got the equaliser, it was Dele who eventually got the winner with a beautifully taken a volley after Serge Aurier cushioned the ball into his path.

The 23-year-old was involved in almost every positive attack that Spurs fashioned and came close to getting on the score sheet on a couple of more occasions.

Apart from his goal, Mourinho insisted that he was extremely pleased with the midfielder’s effort and attitude during the game.

Mourinho said about Dele: “Another goal and another incredible performance and effort.

“The work rate was absolutely incredible from Dele. The little details are more important than what people look at. His attitude and fighting spirit was so good.”

The one thing that has been clear from the performances under Mourinho is how much harder the forward players are having to work. It was brilliant to see the amount of ground the likes of Kane, Dele and Moura were covering in the second half. They didn’t hesitate to put their bodies on the line in order to help us see through the win.