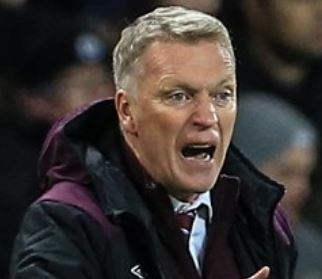 David Moyes is in line for a £2million bonus if he can steer West Ham to Premier League safety — and will earn even more if the Hammers finish further up the table.

West Ham turned back to Moyes after sacking Manuel Pellegrini on Saturday.

Moyes begins his second reign as Hammers manager against Bournemouth on Wednesday with the club 17th, just a point outside the drop zone and on a poor run of just two wins from their last 13 league games.

Moyes returned to the London Stadium on an 18-month deal worth around an initial £2m a year.

But the Scot, 56, will be well rewarded if he can repeat the feat he pulled off in his first, short-term spell in 2018 and keep West Ham up thanks to the £2m bonus. And it is understood there are further incentives written in beyond survival relating to West Ham’s final position.

Moyes confirmed there is also an extension clause in the contract he signed to replace Pellegrini who was halfway through a three-year deal worth up to £7m-a-year including his bonuses when the axe fell.

And he is confident he will haul West Ham clear of trouble and earn an extended stay.

Moyes said: ‘This time I’m going to make it where there’s no choice that they [West Ham] will always want to renew in the future.

‘I’m really that thrilled to go again and I’m going to make it impossible that the clause can’t be implemented.’

The post Moyes set for £2m bonus if he saves West Ham from relegation appeared first on Sporting Life.