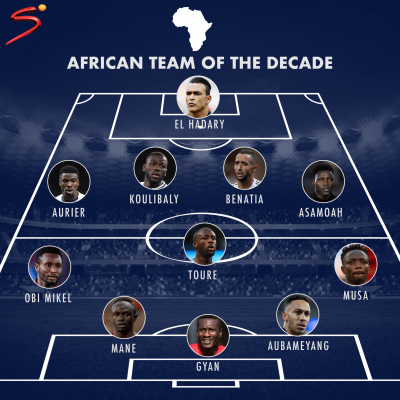 Former Super Eagles captain Mikel Obi and his successor, Ahmed Musa were the only two Nigerians that made the African Team of the Decade unveiled by SuperSports.

Mikel accomplaied several feats both for the national team and at the club level.

While with the Eagles he won the 2013 Africa Cup of Nations in South Africa.

With the Super Eagles, he was part of the 2013 AFCON winning side, scoring in the 4-1 semi-final win against Mali. And in 2014, he was included in the CAF Team of the Year.

He is also the only Nigerian to have scored in two consecutive FIFA World Cups.

The post Musa, Mikel only Nigerians to make African Team of the Decade appeared first on Sporting Life.