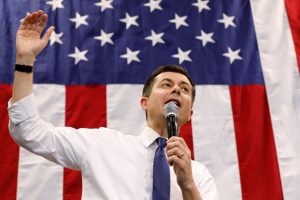 Moderate Pete Buttigieg narrowly won the Democratic primary election in Iowa against Bernie Sanders, according to revised results released Sunday by the party, almost a week after a complex rules poll that turned to a fiasco.

The Iowa caucuses allocated 14 delegates to Buttigieg compared to 12 for Sanders, 8 for Elizabeth Warren, 6 for Joe Biden and one for Amy Klobuchar. These delegates must designate in July, during the Democratic Convention, the rival of President Donald Trump during the presidential election in November.

The results of the election, which kicked off the Democratic primaries, were immediately contested by Sanders.

“Expect us to ask the Iowa Democratic Party for a new count” of the votes in some disputed ridings, campaign director for Vermont senator Faiz Shakir said on CNN.

The Iowa primary “was managed incompetently,” he protested.

The ballot turned into a fiasco, with errors in the official results released only on Thursday that forced the Democratic Party of Iowa to conduct checks.