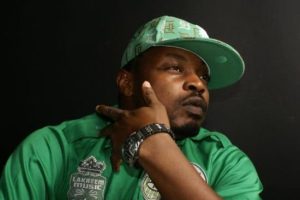 Nigeria Jagajaga Cronner Eedris AbdulKareem has been arrested for allegedly beating up his landlord,

Naija News learnt that the landlord, Oladipo Abimbola hurled the beleaguered singer before the police saying the HipHop star owes light bills and only use intimidation to ‘settle issues.’

The landlord alleged that the confrontation took place on January 3, 2020, at Valley View Estate, Ikeja. He said he had instructed officials of Ikeja Electricity Distribution ( IKED) to disconnect the Eedris supply due to unpaid and accumulated electricity bills of N535,000.

Eedris was said to have allegedly forced his way into his landlord’s compound in order to beat and strangle him when confronted about owing electric bills.

The landlord claims that he was unaware that Eedris Abdul-Kareem was to be his tenant when he rented the flat.

While the veteran rapper reacted by stating that he attacked the landlord for allegedly making advances at his wife and sexually harassing his wife in his absence and that all efforts to make him stop failed.

He also claimed that his landlord had once been arrested for a previous case of sexual harassment against a female tenant. There are however reports that the rapper has been released and the matter is still ongoing at the police station.