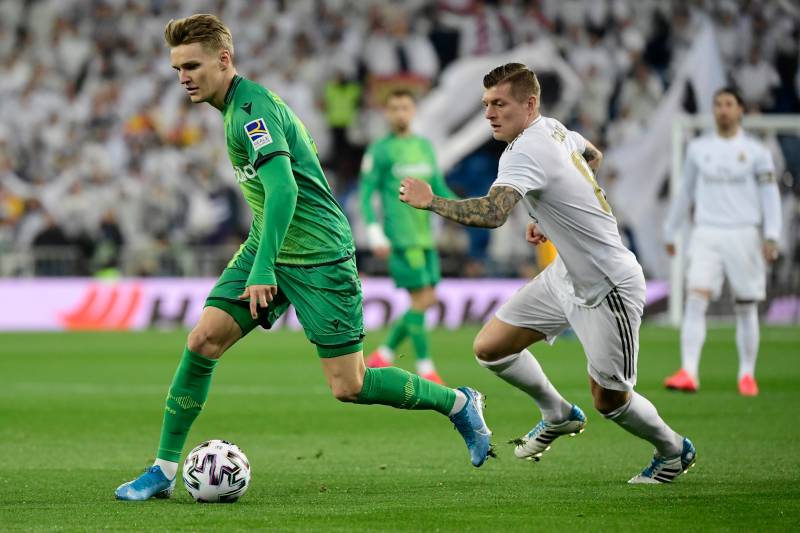 Martin Odegaard opened the scoring for Sociedad against his parent club after 22 minutes, giving the away side a half-time advantage.

Alexander Isak bagged two goals in two minutes after initially striking in the 54th minute, before Marcelo pulled one back for Los Blancos after 59 minutes.

Mikel Merino completed an amazing night for the visitors with their fourth after 69 minutes, but Madrid continued to battle until the end.

Rodrygo grabbed a second goal for Madrid with nine minutes remaining as they chased the game, and Nacho made it 4-3 in the third minute of stoppage time.

The defeat is Los Blancos’ first since October after a 21-game unbeaten streak in all competitions.

Both clubs are back in La Liga action on Sunday. Madrid travel to Osasuna, and Sociedad welcome Athletic Bilbao. The Copa semi-final draw takes place at 12 p.m. GMT/7 a.m. ET on Friday.