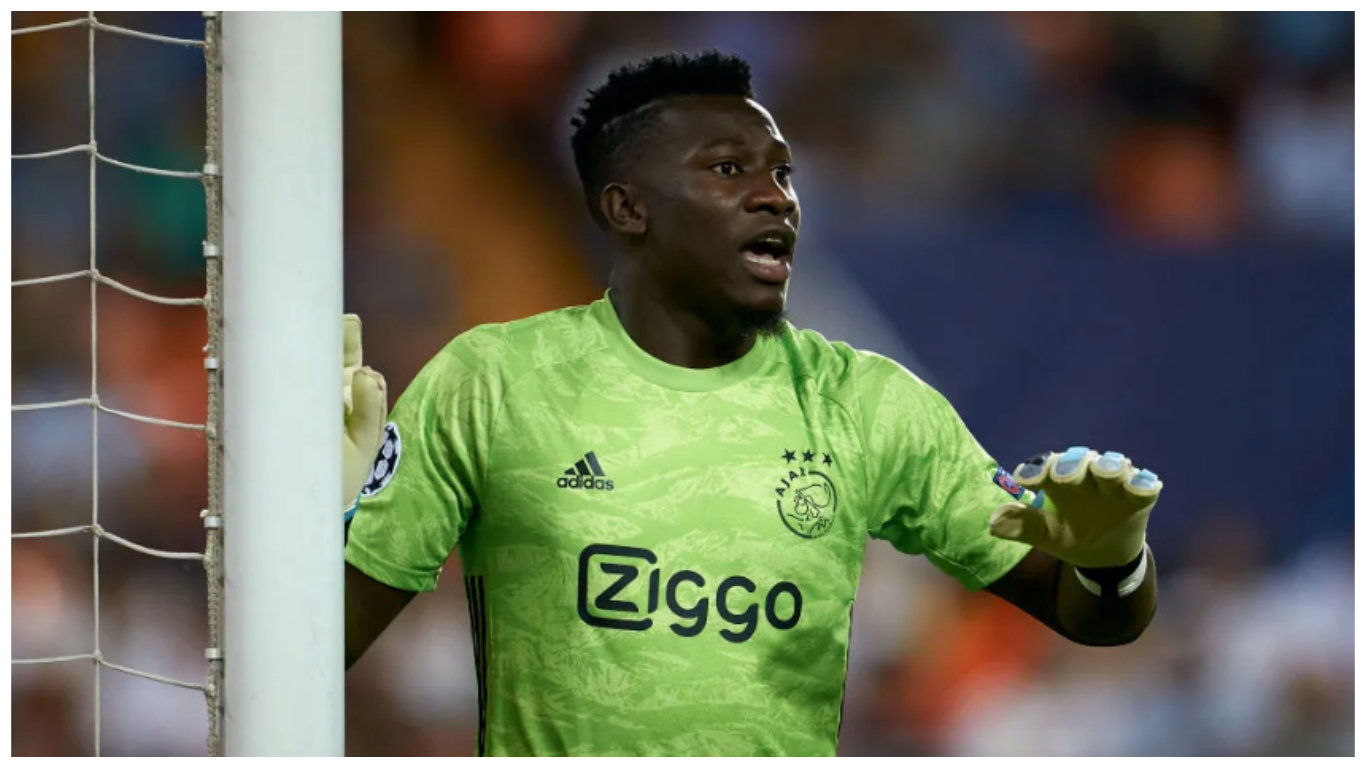 Highly-rated Ajax goalkeeper Andre Onana has reportedly expressed his interest in making a transfer move to the Premier League and specifically Chelsea.

Chelsea are currently undergoing a goalkeeping crisis with world record signing Kepa Arrizabalaga not impressing many including head coach Frank Lampard who dropped the Spaniard for their recent Premier League fixture against Leicester City.

And according to Daily Mail, Ajax custodian Onana has set his sights on a move to Premier League and London with both Chelsea and Tottenham Hotspur his preferred destinations.

The 23-year-old Cameroon international could be worth around £40-50 million and has two years to run in his current contract with the Dutch Eredivisie club.

It is also being reported that Barcelona are also interested in signing the goalkeeper with the club also happy to do business with the La Liga giants instead. But Onana himself prefers a move to England rather than to Spain.

Tough game, but we’ve got the points.

Other sources also report that Onana has Chelsea as his most preferred destination.

Spurs are also interested in a goalkeeper with current first-choice Hugo Lloris now 33 years of age.