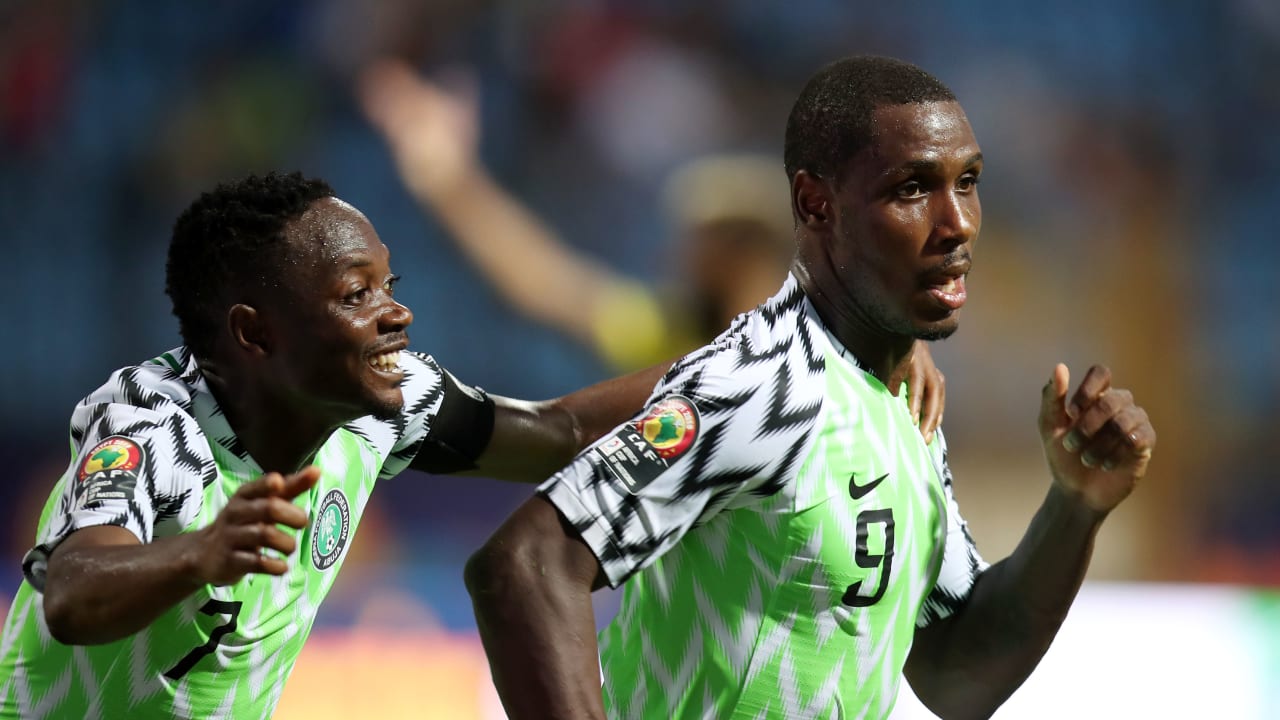 There is injury’ scare in the camp of the Super Eagles team that defeated South Africa 2-1 on Wednesday to qualify for the semi-finals of the ongoing Africa Cup of Nations in Egypt.

SportingLife learned exclusively from team handler Gernot Rohr yesterday that three prominent members of the team namely top striker Odion Ighalo, Assistant Captain Ahmed Musa and defender Chidozie Awaziem are nursing calf, adductor and ankle injuries respectively.
“No suspension in our team. Only a few very light injuries. Odion Ighalo has a calf injury, Ahmed Musa has adductor while Chidozie Awaziem coped ankle. But the team doctor has assured me that the said players will be ready and fit to play in the semi-finals”, Rohr disclosed to SporringLife.ng yesterday.
The Franco-German football tactician, however, praised the resilience of his side for beating hard fighting South Africa 2-1 in the quarterfinals of the ongoing AFCON and has tipped his team to continue to improve in performance as the tournament progresses.
“Our victory against South Africa yesterday (Wednesday) was well deserved. We had better organization and fitness. I strongly believe that we will continue to improve as a team as the tournament progresses”, Rohr disclosed.

Read Also: Rohr allows Players spend time with loved ones after South Africa win
He also disclosed that the team had their training yesterday morning under intensive heat. Training session was good. But we experienced hot weather at 11am”, he stated.