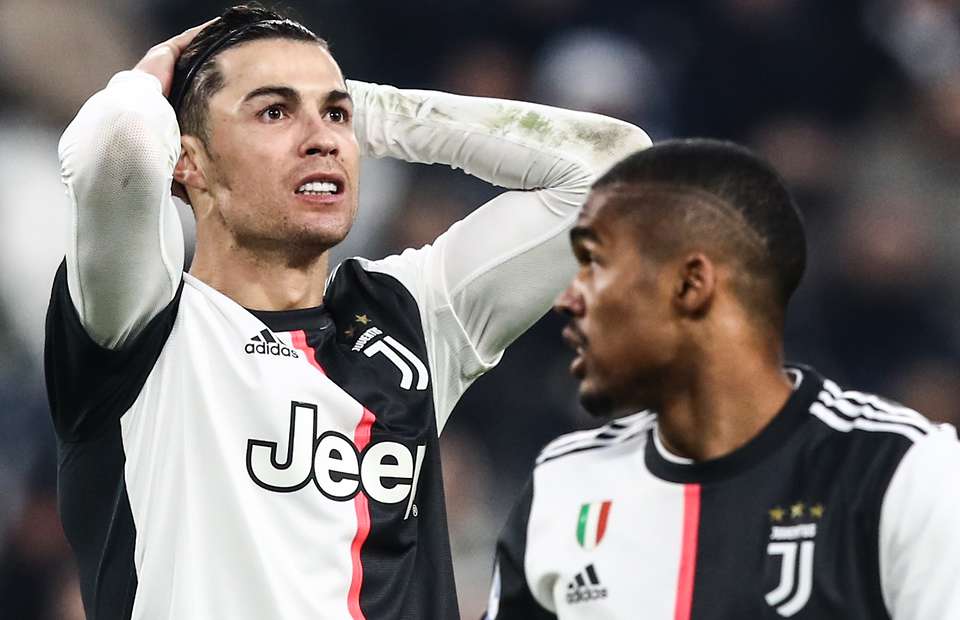 Juventus star, Cristiano Ronaldo has gone two years without scoring from a free-kick at the club level, it has emerged.

The Portuguese who moved to the Seria A champions in 2018 has scored 31 goals in 45 appearances but not from free-kick.

This should be of concern to the forward who was lethal from free-kicks during his Manchester United days and the first couple of seasons with Real Madrid.

But according to Transfermarkt – Ronaldo has gone two whole years without scoring a free-kick in club football.

Ronaldo went off a cliff during his final years at the Bernabeu; never scoring more than three during any of his last four campaigns.

It’s been well publicised that he hasn’t scored one for Juventus and you have to rewind as far back as December 16, 2017, to unearth his final conversion for Los Blancos.

And no, scoring one that was heavily deflected against Inter Milan in pre-season doesn’t count… nor does one that Aaron Ramsey smashed in from a yard after a goalkeeping mistake.

In that time, Ronaldo has scored two for Portugal – against Spain and Switzerland respectively – but he hasn’t been able to transfer that proficiency to his day-to-day career.

read also: Nani: I was never in Ronaldo and Rooney’s shadow at Man Utd