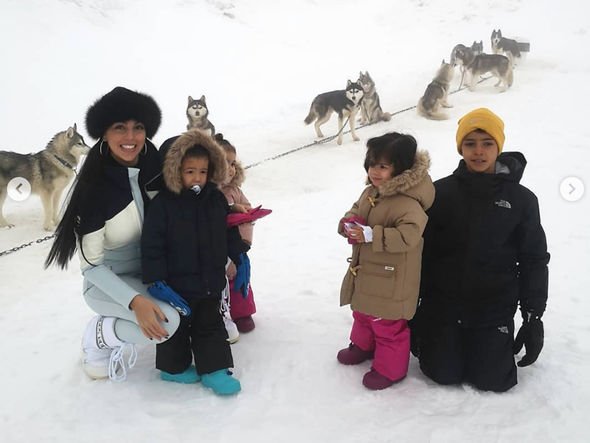 Cristiano Ronaldo’s children went out for a funfair with his girlfriend, Georgina Rodriguez as he prepared for Juventus’ Italian Super Cup final against Lazio. 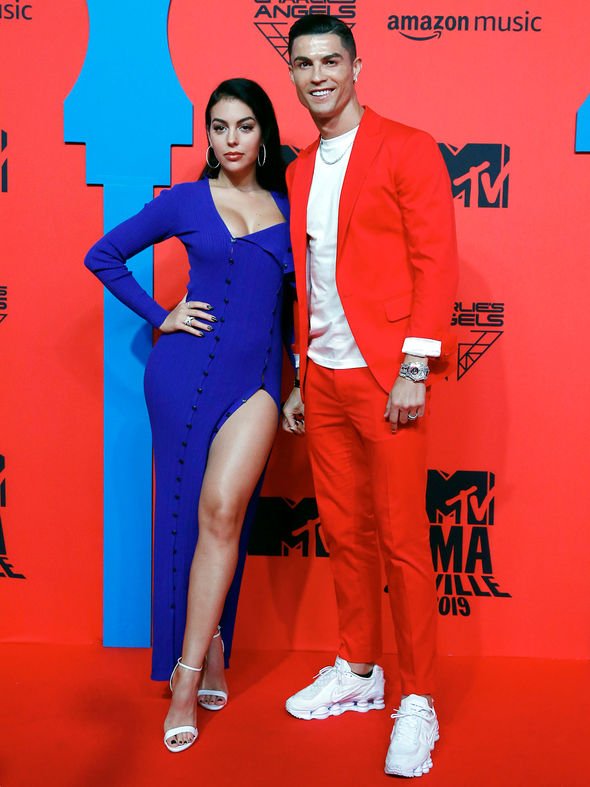 Ronaldo and Rodriguez have a one-year-old daughter together named Alana Martina. Ronaldo also has three other children, all born via surrogacy.

But that didn’t stop Rodriguez and the children having some fun in the snow.

Ronaldo has been in a relationship with Georgina Rodriguez since 2017.

Rodriguez told the Italian media her first encounter with Ronaldo came while she was working in a high-end clothing shop in Madrid.

Ronaldo was a Real Madrid player at the time and Rodriguez revealed the attraction was instant.

She said: “The first meeting with Ronaldo was at Gucci where I worked as a sales assistant.

“Days later we saw each other again at another brand’s event and it was then we could talk in a relaxed atmosphere, outside of my work environment. It was love at first sight for both.”

In a recent interview with Piers Morgan on ITV, Ronaldo opened up on his marriage plans

The former Manchester United hero said: “We’ll be (married) one day, for sure.

Rodriguez is supportive of Ronaldo’s career on social media.

The 34-year-old picked the up the Serie A Player of the Year award earlier this month and she was quick to congratulate the star.

“There are figures and titles, of all this you are the protagonist with the best results, such as: the Nations League, the Italian Cup, the Serie A Championship, Best Player of the Serie A, among others.

“But fortunately neither the awards nor the titles speak only for you, even if you have a lot of them.

“What speaks best about you is yourself, your passion, your hunger for self-improvement, your fellowship, because you are the inspiration of football and sport for millions and millions of people.

“You are not afraid of the challenges, you leave your comfort zone and you continue surpassing yourself and showing the world what it is like to be number 1. I love you.”