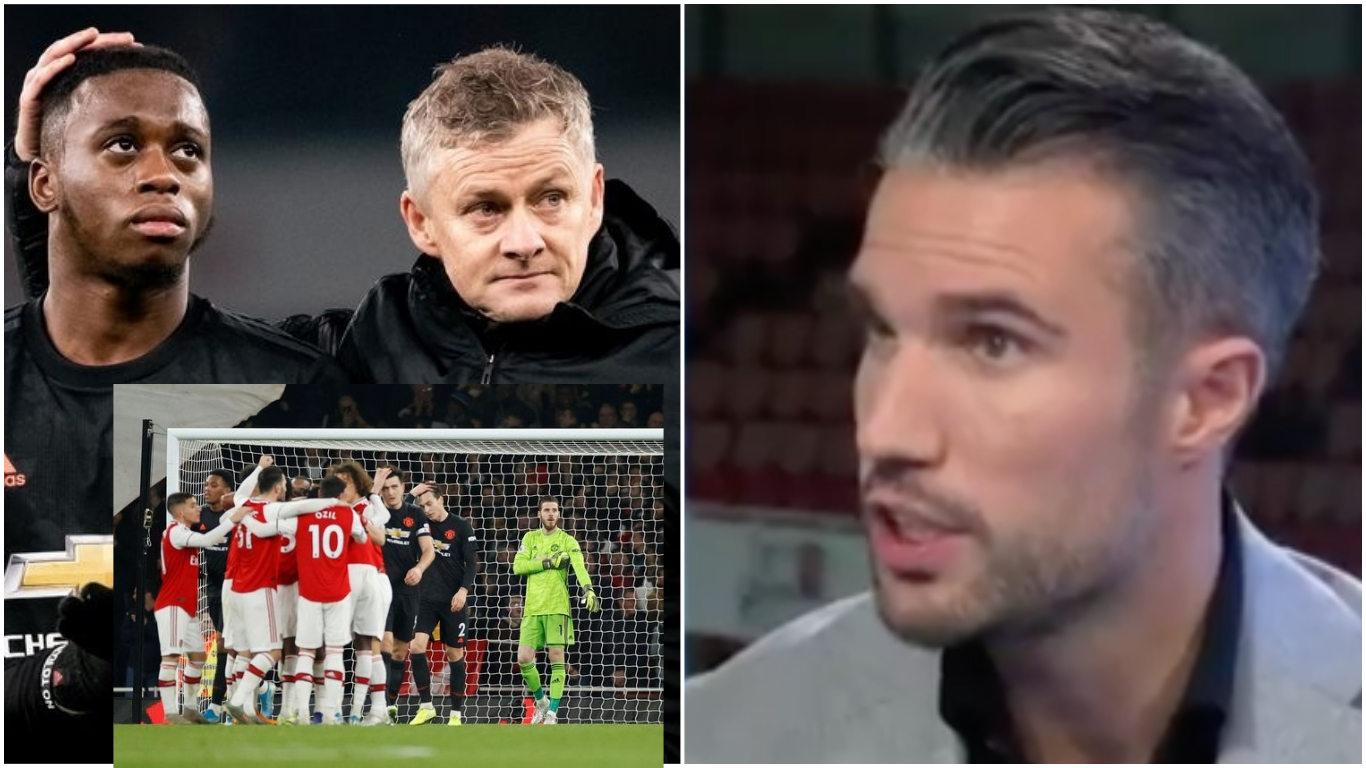 Mikel Arteta earned his first win as Gunners boss as Arsenal ran out 2-0 winners over United at the Emirates on New Year’s Day.

First-half Goals from Nicolas Pepe and Sokratis put the hosts into a commanding lead from which United were unable to recover.

Van Persie appeared as pundit for the clash between his two former clubs, alongside ex-United defender Rio Ferdinand , and was critical of Solskjaer’s demeanour after the defeat.

“When I listen to Ole, he sounds like a really nice guy,” van Persie said on BT Sport. “I would like to see him a bit more mean at times, just be angry.

“I see him smiling now after a game like that. This is not the moment to smile.”

United were completely outplayed by an Arsenal side who started the clash 13th in the table.

It was an opportunity missed for Solskjaer’s men meanwhile, who failed to close the gap on the top four, and van Persie suggested the blame should lay at the manager’s door.

Read Also:Manchester United to Solskjaer: Your job is safe

“They need a gameplan and a bit of fear for the coach,” he added. “You know if you don’t make those runs or make that pass, you will be punished and you won’t play the next game.”

When asked if United players lacked fear, he replied: “Probably. By the looks of things, I think so.”