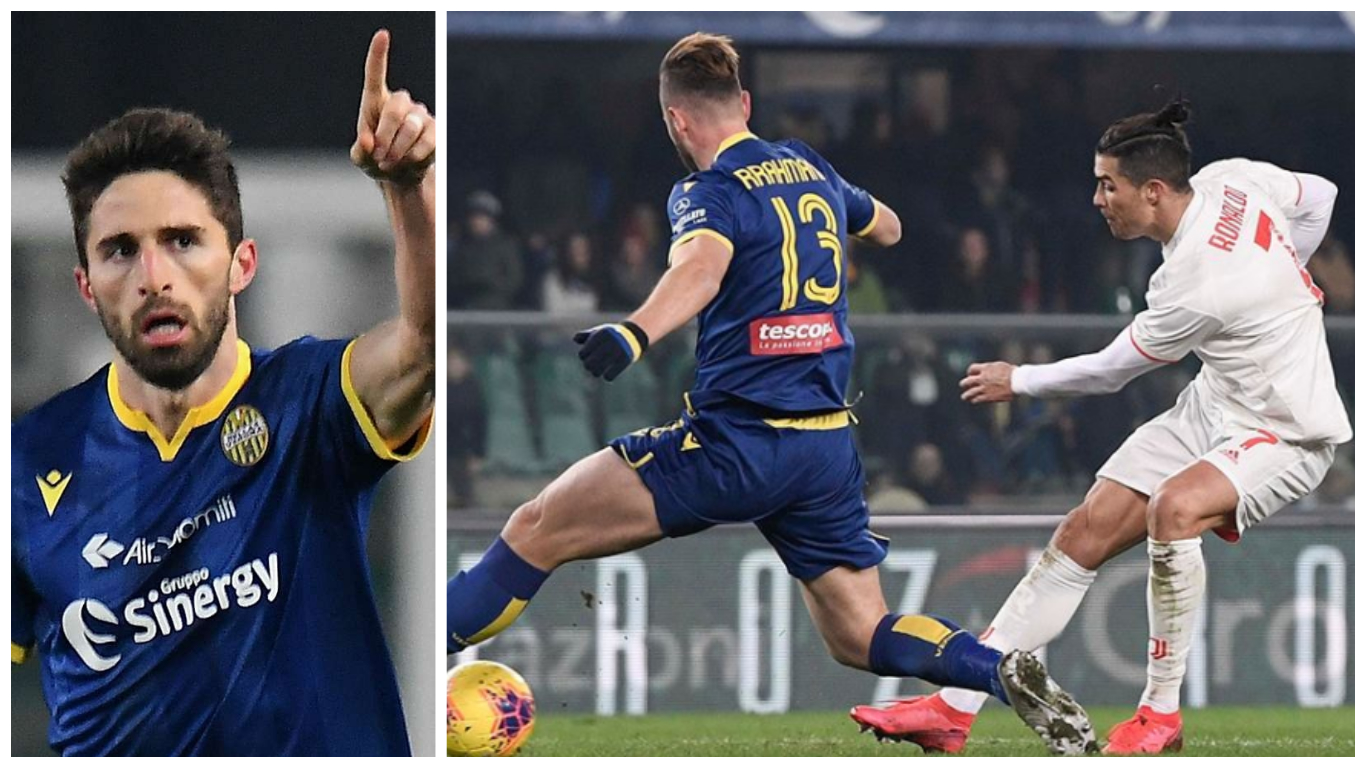 Cristiano Ronaldo broke another record on Saturday night but it was not enough to claim victory for Juventus, who collapsed at Hellas Verona.

Hellas Verona ignited the Serie A title race with a dramatic 2-1 win over champions Juventus on Saturday, scoring twice in the final 14 minutes after Cristiano Ronaldo had netted in a 10th successive league game.

Ronaldo had seemingly secured Juve a hard-fought win with his fine individual goal 25 minutes from time, but Verona – who certainly had their fair share of opportunities – levelled through Fabio Borini and then astonishingly completed the turnaround with a Giampaolo Pazzini penalty.

An action-packed first half brought a host of chances but no goals, as Marash Kumbulla had an early header disallowed and Juve hit crossbar and post respectively through Douglas Costa and Ronaldo.

The second period was generally a cagier affair until Ronaldo claimed a club record in the 65th minute, taking his Serie A tally to 20 for the season, but Borini scored for only the second time this term and Pazzini converted from 12 yards to give Juve’s title challengers Inter and Lazio a boost after Leonardo Bonucci handled.

A gripping start saw both sides go close early on, with Davide Faraoni forcing Wojciech Szczesny into an acrobatic stop before Costa’s rasping drive hit the bar at the other end.

Kumbulla then had a marginal offside call deny him the opening goal in 21st minute, with a VAR review sparing Juve.

Despite Verona’s undoubted threat, Juventus continued to worry them at the back – Ronaldo almost putting the Old Lady ahead three times in the nine minutes before half-time, including with a 20-yard effort that hit the right-hand post.

Ronaldo eventually broke the deadlock when he was played in over the top by Rodrigo Bentancur, the Portugal great holding off Amir Rrahmani before a stepover gained him just enough space to clinically pick out the bottom-left corner.

But Borini swept home an excellent finish to equalise 14 minutes from time, capitalising on Miralem Pjanic’s error, and Pazzini emphatically made the most of a penalty late on – Bonucci penalised for deflecting Kumbulla’s header on to the bar with his arm, and Juve failed to mount a response.