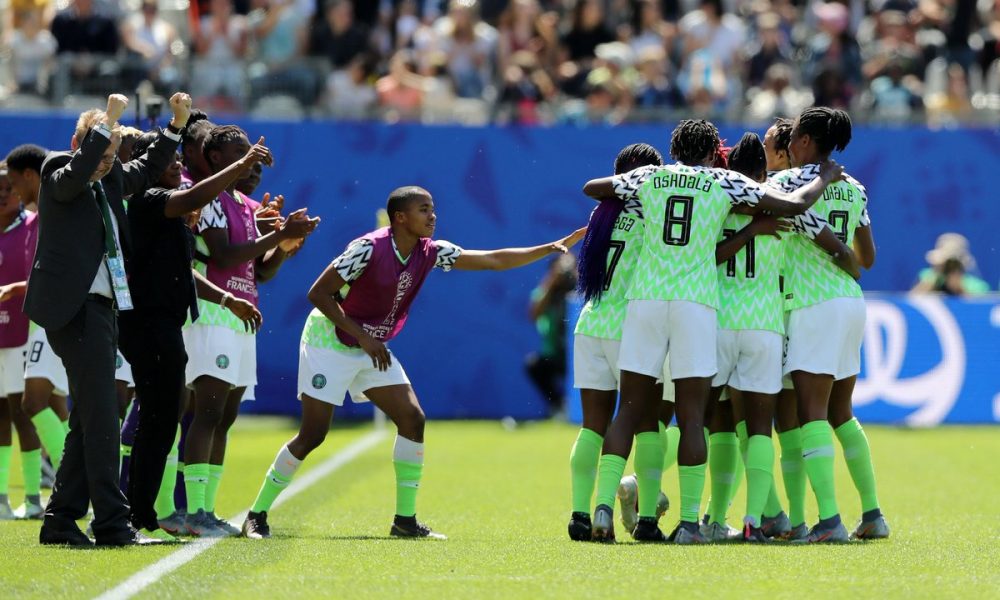 The Super Falcons of Nigeria recorded their first win in the ongoing 2019 FIFA women world cup currently underway in France.

The Super Falcons opened the scoring in the first half with a beautiful goal by Barcelona forward, Asisat Oshoala.

An own goal from Kim Do-yeun handed the Nigerian girls a final 2-0 win over their South Korean counterparts.

Naija News recalls the Falcons had lost 0-3 to Norway in their opening group game but this win in their second group stage game ensured they still have a chance of making it out of their group into the next stage of the tournament.

The Falcons will next take on the host nation, France in their final group game of the tournament.