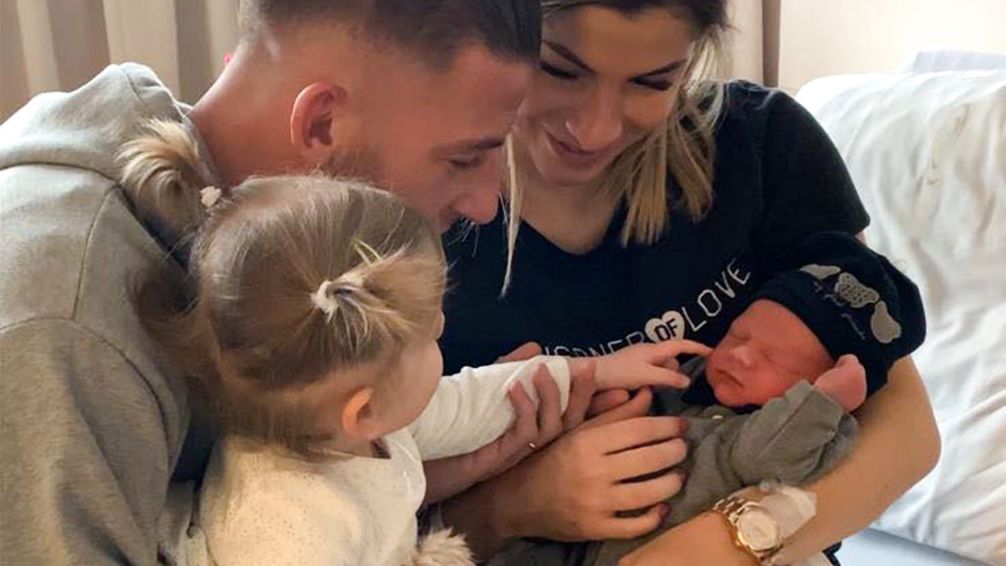 The defender made the announcement via his twitter Friday afternoon and described the moment as the best valentine’s gift.

“The best Valentine’s Day gift we could ever wish for! Thank you to my beautiful wife Shani for being the strongest and most courageous woman.

My heart is so full and I can’t wait for the special memories the four of us will make together.” The defender wrote on his social media page.

The experienced defender who was pictured with his and daughter alongside newly born Jace is expected to be in Jose Mourinho’s team for the game against Aston Villa on Sunday.