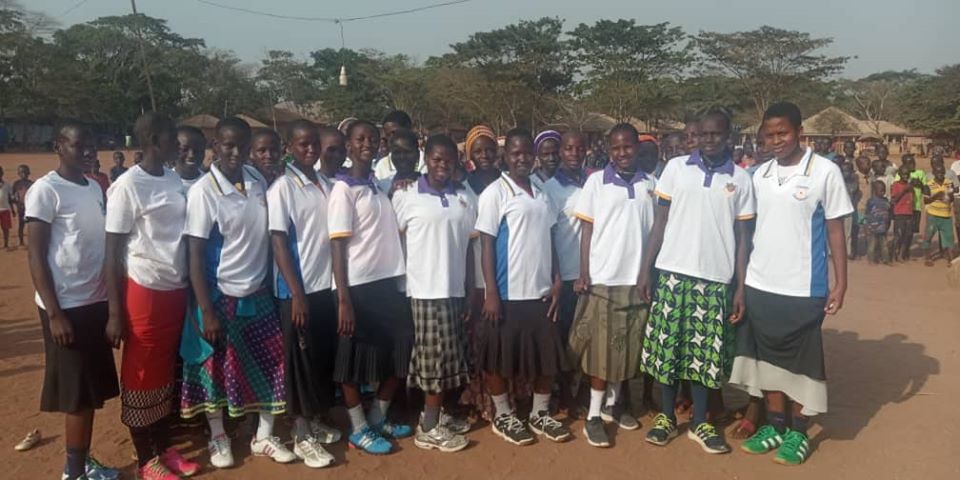 National Cordinator of CSED, Edema Fuludu made the disclosure after the visit which took place on January 2 to kick start the organisation’s annual activities.

“Yes I was there with my family 2nd Jan 2020. We have been going there since early 2019. We have given Table tennis board, footballs, jerseys, books, badminton rackets and nets, handballs, Scrabble sets, Chess boards basketballs, Volleyballs, Cricket equipment and we did liaise with the Edo State Sports Commission Chairman Barr Dudu Orumen for sports council coaches that went to introduce the sports and trained them for five days in a row.

“The biggest sport we have brought is Netball and those girls on this pix are the pioneers we are training to reintroduce Netball to schools in Nigeria. We will be building a standard court in that camp for Netball this January. The basic intention of the program is to integrate the displaced and less privileged into mainstream society using sports as a tool,” he added.

The Delta State Football Association chairman further said that the NGO will make sure that the U-13 football players in the IDP Camp take part at the next edition of the Channels Kids’ Cup.