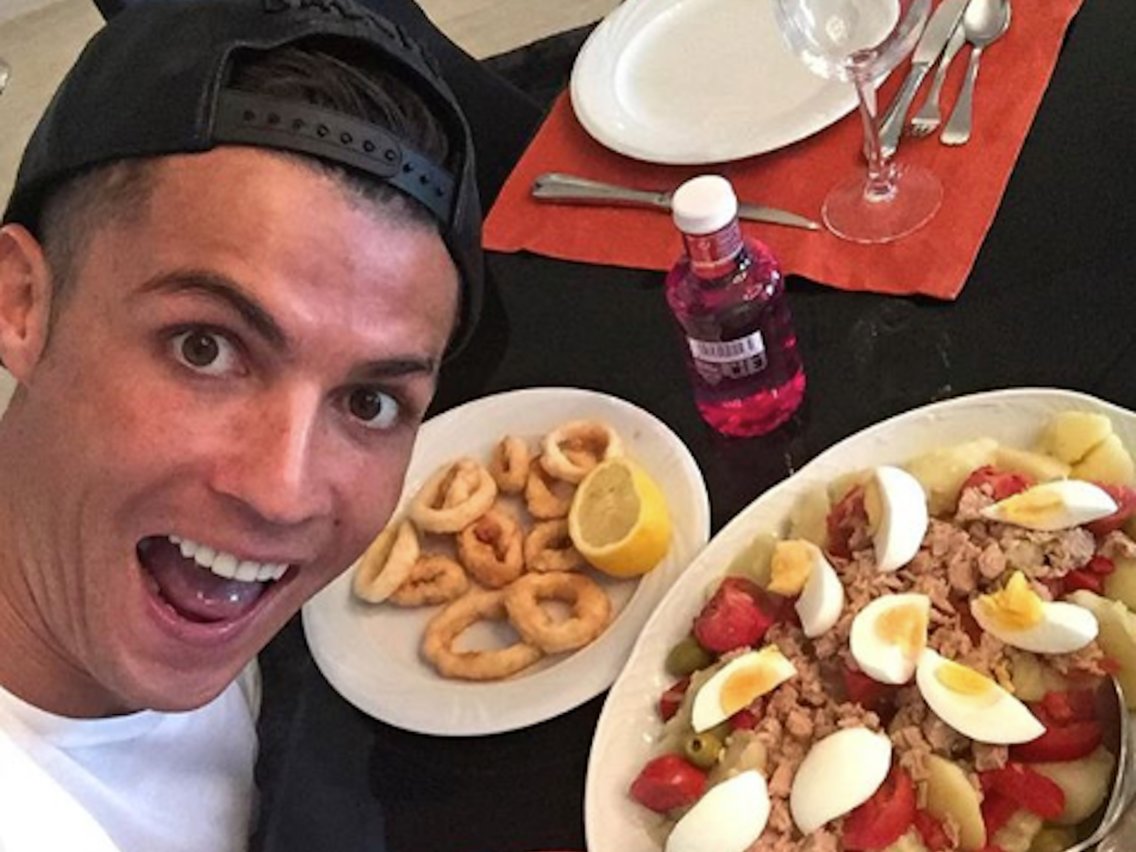 Cristiano Ronaldo turns 35 in February but has opened up on his diet regimen which sees him have six different meals in a day.

The Juventus star who has been in the news since his super header goal against Sampdoria last Wednesday likes his meals cooked without salt.

He enjoys eating pasta and chicken for his protein and carbohydrate and once in a while indulges in eating pizza with his son.

“The key is to take care of your body, train, do your recovery and eat properly,” Ronaldo said.

“Although sometimes I do eat pizza with my son otherwise it would be boring,” he revealed in an interview with YouTuber ChrisMD.

An exercise freak, Ronaldo will allow himself to have orange or pineapple juice for breakfast but equally drinks water, while he places a great focus on getting eight hours sleep every night.

read also: Sampdoria president: Ronaldo should have been booked after header

What’s more, he always has a siesta – a short nap in the afternoon – after his fourth meal of the day.

The post Why I eat six times in a day–Ronaldo appeared first on Sporting Life.