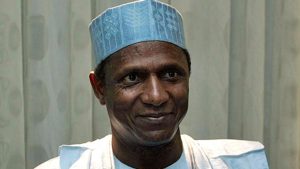 As Nigerians celebrate World Cancer Day every February 4 the World Health Organisation( WHO) has stated that no fewer than 80,000 Nigerians died from various forms of cancer annually.

See prominent Nigerians who have died of various kinds of cancer in Nigeria.

(2) Dr Olusola Saraki
The Second Republic Senate Leader, Dr Olusola Saraki, who also died of cancer as confirmed by his youngest son, Olaolu, said that the great political giant of Kwara politics battled cancer for about five years before he died on November 14, 2012.

(3) Maryam Babangida
Maryam Babangida, the wife of Former Military President Ibrahim Babangida, also died of this terrible disease on December 27, 2009, that made her leave behind her Better Life Programme for Rural Women which launched many co-operatives, cottage industries, farms and gardens, shops and markets, women’s centres and social welfare programmes.

(5) Yinka Craig
Yinka Craig, who is a broadcaster with Nigerian Television Authority (NTA) for two years died of cancer of the immune system on September 23, 2008, at the Mayo Clinic, Rochester, Minnesota, United States of America.

(7) Sonny Okosun
Sonny Okosun, the greatest musicians, died on May 24, 2008, at age 61 in the United States after a prolonged battle with cancer.

(8) Clara Oshiomhole
Clara, the wife of the Chairman of the All Progressives Party (APC), Adam Oshiomole was also said to have died of cancer on December 8, 2010, eleven days to her daughter’s wedding