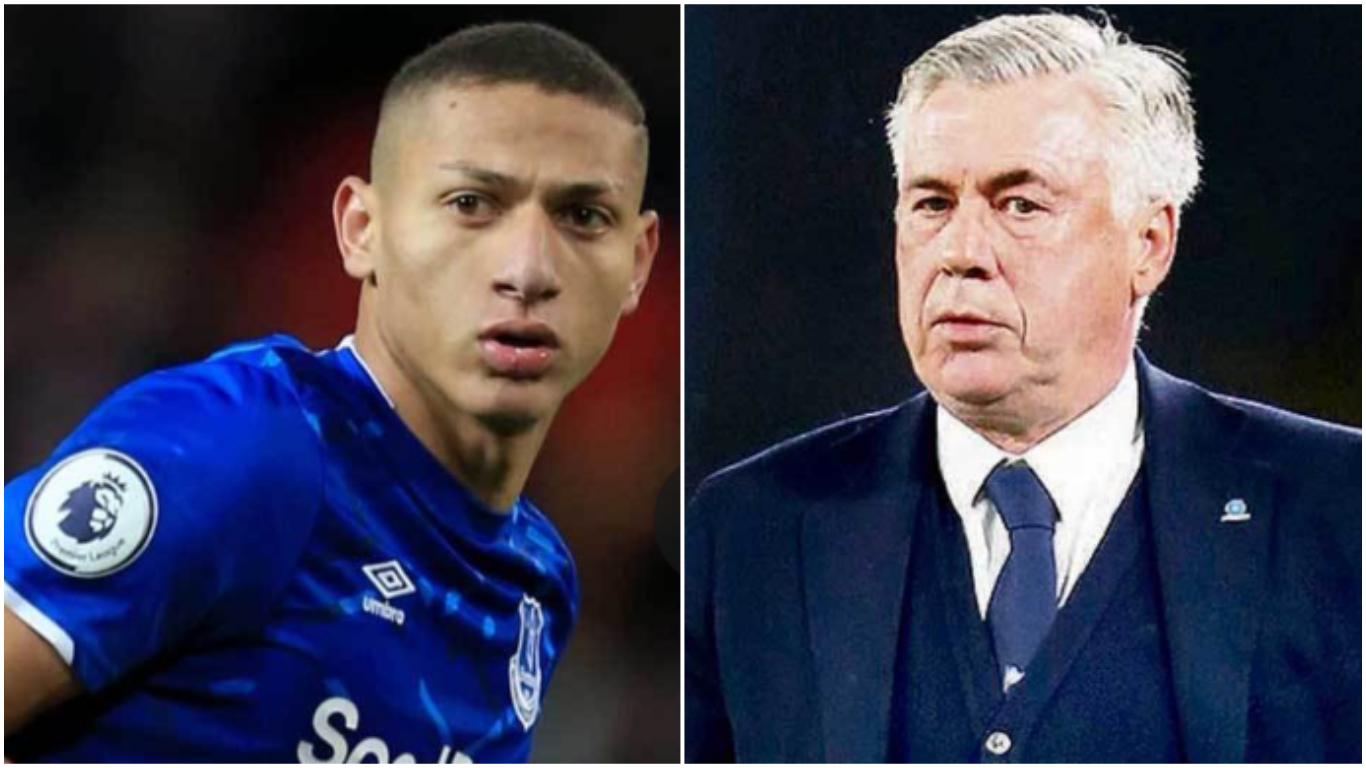 Carlo Ancelotti will stall any bid by Manchester United for Richarlison.

The new Everton boss sees the Brazilian as central to his re-building plans and has already declared he will not go into the market for a new striker next month.

And even if United were to come in with £70m Ancelotti has ultimate power in terms of buying and selling despite the presence of director of football Marcel Brands.

United boss Ole Gunnar Solskjaer has been considering a swoop for the 22-year-old for months.

He was seen by Solskjaer not as an alternative to RB Salzburg’s strike whizkid Erling Haaland but also as an exciting potential acquisition in his own right.

And before he was sacked Ancelotti’s predecessor Marco Silva admitted Richarlison was on the radar of United. But Richarlison, bought from Watford for £40m, will be going nowhere.

He signed a new five- year deal late last month after arriving in 2017 and is one of three young attackers Ancelotti wants to take the club forward.

The Italian complained after his 1-0 debut Boxing Day win over Burnley that his attackers must do better.

Despite Dominic Calvert-Lewin’s late winner he said: “We have to be more efficient up front — there we can improve.”