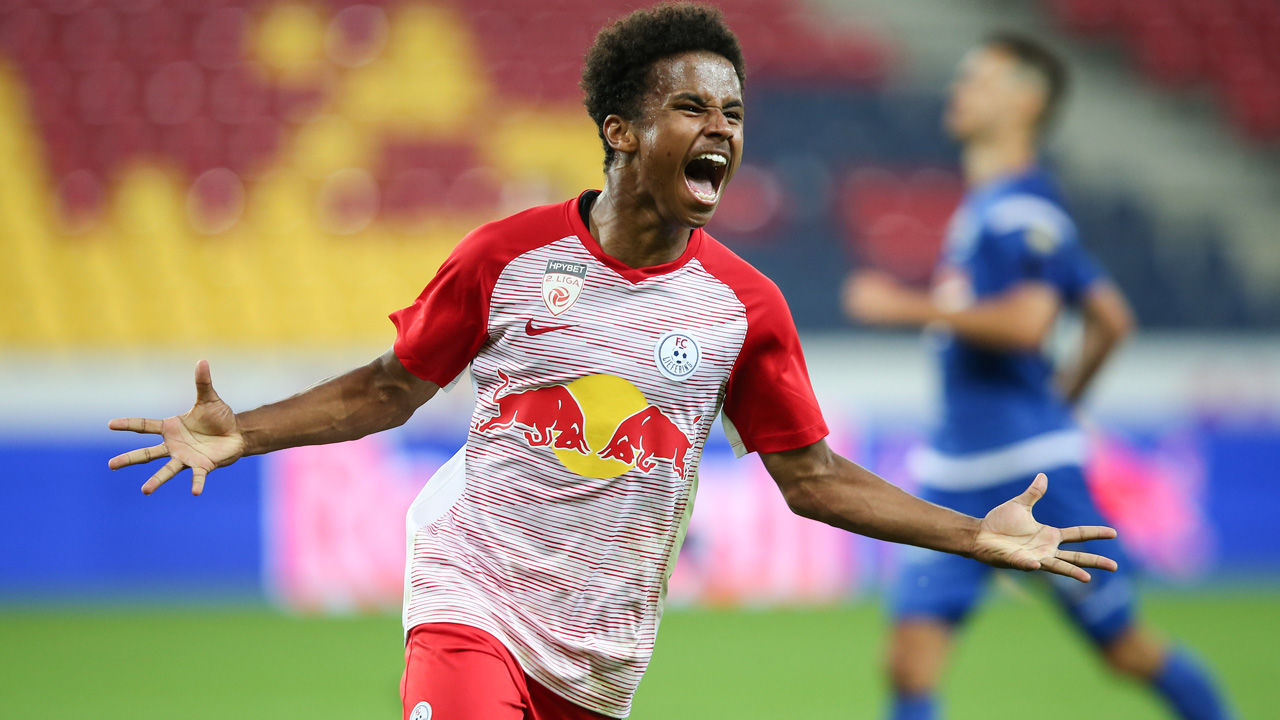 Premier league sides Arsenal and Liverpool are eager to have the 17 year old in their fold even as Red bull have rejected €15m (about N5.9billion) Barcelona bid

The former Germany junior international has a contract with Red Bull till May 2021 but there are strong indications that he might leave the club before the expiration of the contract considering the rising interest from other clubs for his services.

In August, Karim Adeyemi was awarded the gold Fritz Walter Medal by the German Football Association (DFB) – which is awarded to the best young talents in German football, same as the award given to Bayer Leverkusen’s Kai Havertz medal in 2018.

An Appreciative Adeyemi described the award as a ginger which is only a call for him to work harder.

“Many successful footballers playing in the national team today have also received this award,” he said.

“Playing in the national team one day is also my goal. I want to achieve what these players have already achieved.

“That’s why this award makes me very proud and at the same time a great motivation to continue on my path,” he said

Adeyemi’s talents have attracted interest from big clubs and Barcelona have already had a €15m offer rejected by Salzburg, according to Transfermarkt.

Los Blaugranas have reportedly contacted Salzburg’s Christoph Freund and will make another approach soon to try and seal a deal for the January transfer window.

It’s believed that Barcelona rate the 17-year-old so highly, that they are planning to integrate him into the first-team squad immediately. Adeyemi is currently on loan from Salzburg to FC Liefering in the Austrian second tier.

He has already contributed seven goals and five assists in 13 games so far this season.