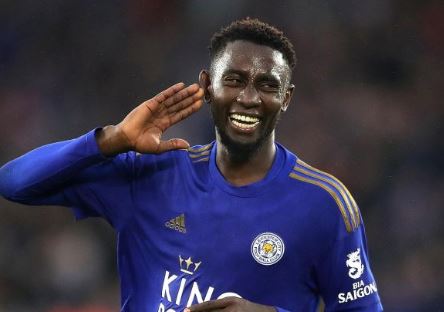 Arsenal have been linked with making a player-plus-cash offer for Super Eagles and Leicester ace Wilfred Ndidi in the January transfer.

New Gunners boss Mikel Arteta knows one of his most pressing priorities is to make Arsenal much tougher to beat, with serious questions having been raised over the defence for some time.

Defensive midfielder Ndidi could help give Arsenal’s back four some protection, having done so for a Leicester team which has conceded just 14 goals this season – the joint lowest amount in the Premier League along with Liverpool.

According to The Mirror report citing Leicestershire Live, the Gunners are set to offer Granit Xhaka plus £40million as they bid to sign Ndidi.

Ndidi has been a key figure as the Foxes have shot up to second place in the Premier League under manager Brendan Rodgers this season.

The Nigeria international has made 20 appearances in all competitions, scoring two goals, with his most recent coming in a 5-0 thrashing of Newcastle United in September.

Reports in Leicester suggesting Arsenal will offer Xhaka plus cash to try and sign Ndidi in January. https://t.co/0rmxqhz7Vw

Since his switch from Genk in January 2017, the 23-year-old has made 120 appearances for Leicester and has become a key part of the Foxes midfield.

Before Arteta’s appointment as Arsenal boss last week, Swiss midfielder Xhaka had been given a fresh start by interim boss Freddie Ljungberg.